Saving the natural resources is the greatest responsibility of mankind. Since ages the custom of preserving and conserving natural resources for present and future generations is not a realisation of the modern world, but already stated and propagated in our Puranas long back. The Bhagavat Puran mentions the importance of conserving the resources which was told by none other than Bhudevi (Mother Earth) to a king named Prithu. 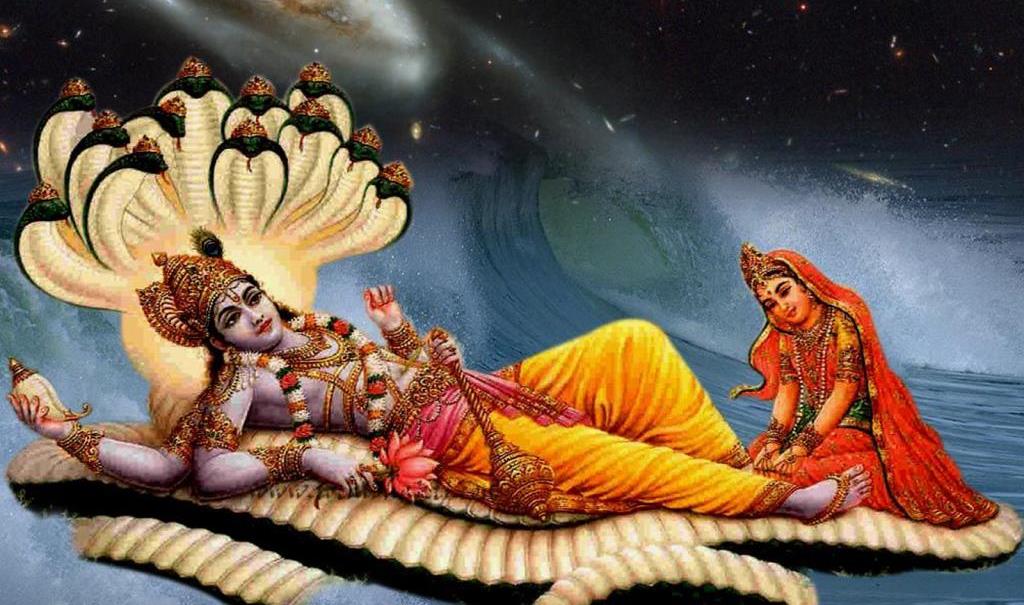 There was once a king named Vena who used the resources of Mother Earth to such an extent that Mother Earth was unable to tolerate his plundering of her resources. She ran away in the form of a cow and the entire universe was in trouble due to her absence. The fertility of the land was disturbed, there were no plants, fruits nor crops for sustenance. Animals and humans both perished and the entire creation was in chaos.

Looking at the plight of the living beings, the great sages picked up a blade of grass and chanted few mantras and turned it into an arrow to kill Vena. The arrow went and hit the greedy king and slayed him. Then the Rishis removed what all was evil from the king’s body and with the good gave birth to a new king who was named Prithu. Prithu was none other than an incarnation of Bhagwan Vishnu.

With the task of setting things in order, Prithu went in search of Mother Earth. He found her in the form of a cow and requested to come back and resume her duty in in the sustenance of life. Mother Earth refused saying that humans used her for their selfish means and she would prefer to stay away from them. Prithu then requested her and made her understand that her resources were necessary for the survival of creation and asks her to accept his plea.

He said that for crops they had to plough fields, for water, build canals, for civilisations to prosper, build cities. Then Mother Earth puts a condition that she would come back if she is not misutilised in the name of development and her resources are used in restraint. Prithu agrees and since then Dharma was instituted for life to develop without harming nature and following rules which adhere to the principles of balance of nature. Thus Mother Earth came back as requested by Prithu and since then, she is named as Prithvi.

In any timeline, this balance of nature is the foremost responsibility for mankind to achieve and live in harmony with other living beings. Our Puranas, scriptures have all mentioned it long back. It’s left with mankind to follow it to give our future generations a planet to live on, as we have no neighbours in the Universe to seek shelter. Following the ideals of our Sanatana Dharma which strive for co-existence of all creation and resources, it is important that we save our Mother Earth. It’s our Mother Earth who cares for us all and it’s our prime duty to care for her too states our Dharma.