Most of us usually take inspiration from different inspirational quotes and try to think about the simple, yet beautiful things of life. For such quotes, Ramayan is a trove of treasure quotes. The quotes spoken by Shri Ram are fit perfectly in today’s world and starting our day while drawing inspiration from such quotes is worth a shot.

When Queen Kaikeyi asks Shri Ram to leave to the forest for fourteen years, Shri Ram happily agrees and says “He says that one should train the mind to accept happiness or sorrow in their way of life, and he has already shifted his mind to the life of the forest and he would gladly leave taking the permission of his mothers. When an Emperor’s son could take happiness and sorrow in an equal stride, then as humans, we can definitely try and maintain a balance between the both
“Just as people are afraid of serpents, they are afraid of people who utter lies”

Shri Ram mentions this to Maharshi Jabali when all of them come with Bharat to visit Shri Ram in Chitrakut. When Maharshi Jabali asks him to come back to Ayodhya, he says that his father’s life word would become a lie if he would come back and people would lose trust on him. Shri Ram mentions here the importance of being truthful and how people lose their trust when they hear lies from a virtuous person. To be truthful is the most difficult thing in life, but the most valuable one too.

After the incident of Shoorpanakha happens at Panchavati, Shri Ram says to Lakshman that they should be prepared for the subsequent consequences and be prepared to fight the demons. Shri Ram’s foresight indeed comes true when the demons come to fight them. For the safety of Mata Sita, Shri Ram keeps Lakshman on guard and fights all the 14000 demons singlehandedly and destroys them. Wise people always foresee problems and dangers and try to prevent them through proper thinking and planning.

“One’s elder brother, father and teacher who teach us to walk in the path of Dharma are to be
treated as father “

When Bali questions Shri Ram’s action of shooting him from behind a tree, Shri Ram calmly explains why he did such a thing. Shri Ram mentions to Bali that as an elder brother, he was in the position of a father to Sugriv but did injustice to him. Shri Ram mentions the importance of elders and also their responsibilities towards the younger ones. Just as the younger ones should pay respect to the elders, it is equally the responsibility of the elders to take care of the younger ones in the family. It is a mutual relation which keeps the family strong. 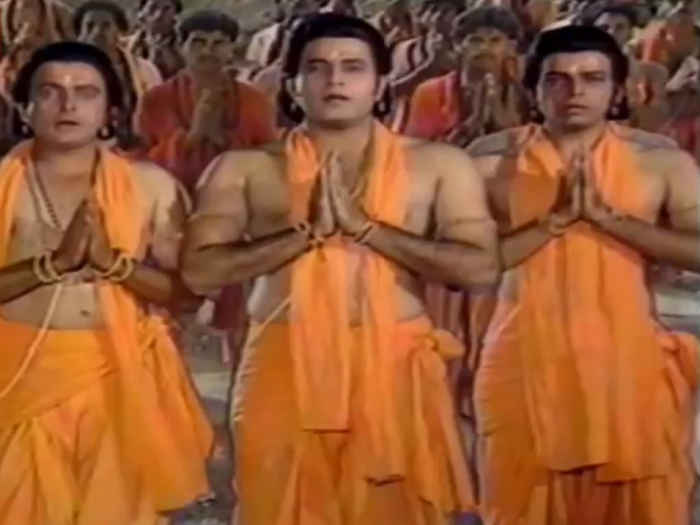 “Truth controls the world and Dharma is rooted in the truth”

Shri Ram’s greatest virtue that he was the upholder of truth all his life. He always took the side of
truth and valued ot more than his life. As an ardent follower of Dharma, he gave relief to Sugriv,

Vibhishan and many more by not only upholding his Dharma, but also theirs and giving out a message that Dharma is retained by following truth which was the greatest truth of his life.