The two forms which is the foundation of the Universe are the male and the female, which in our Sanatana Dharma are revered as the Prakriti and Purusha. These beautiful forms are none other than Bhagwan Shiv and Bhagwathi Parvathi and they represent the most significant fact that man and woman are equal and none is complete without the other. For this, Bhagwan Shiv took the form of Ardhanareeswar where he is worshipped as a single entity with Bhagawathi Parvathi. 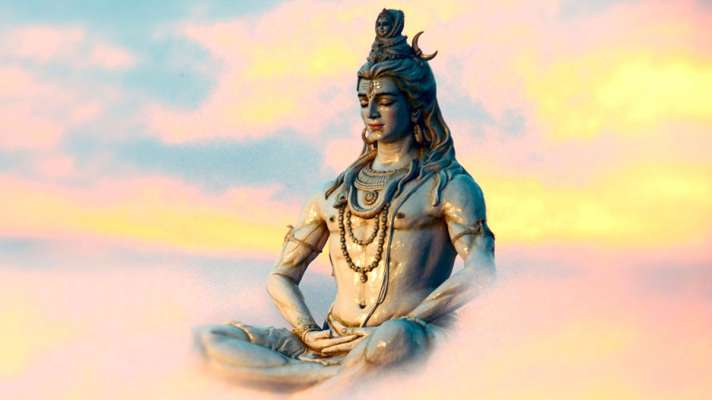 Once, Sage Bhringi pays a visit to Shiv Ji in Kailash. He is stopped by Nandi, Shiv Ji’s sevak who advises Bhringi to go and offer salutations to Bhagwathi Parvathi first. But Bhringi refuses and goes to do a pradakshin of Bhagwan Shiv first. This annoys Parvathi and she sits on the lap of Shiv Ji, so that Bhringi does a pradaskhin of both of them together. A more adamant Bhringi takes the form of a bee and tries to go in between Bhagwan Shiv and Parvathi to complete the pradaskhin of Shiv Ji. She becomes furious and curses Bhringi that his body gets void of flesh, and he remains only with skin and bones. With Bhagwathi Parvathi’s curse, Bhringi’s body is left with only skin and bones in him, and no muscles. Bhagwan Shiv, who takes pity on his state, grants a third leg to him. Then Shiv Ji merges himself with Parvathi as half man and half woman into one body for Bhringi to understand that they both are one and the same. With this, Bhringi realises that Shiv and Shakti are not different, asks for their forgiveness and bows to the Ardhanareeswar form.

Another story is when the demon Andhakasur wanted to make Bhagawathi Parvathi his wife. Bhagwan Vishnu comes in aid of Parvathi and brings her to Vaikuntha, but Andhaka follows her there too. Then, Parvathi shows her Ardhanareeswar form to the demon, and he loses interest in the form which shows half man and half woman and goes away. Bhagwan Vishnu is amazed to see the form and worships them both as Ardhanareeswar, and sees himself manifested in that form too, showing that Bhagwan Vishnu and Bhagwan Shiv are one and the same too.

Yet another story mentions about Bhagwathi Parvathi’s becoming upset when she sees Ganga perched on Bhagwan Shiv‘s head . Though Bhagwan Shiv tries to plead Parvathi in different ways, she does not yield. To please her, he merges into Bhagwathi Parvathi as Ardhanareeswar to convince her that they both are the same and she will always be his equal. The Ardhanareeswar form as one of the sixty four forms proves the equality of man and woman and as the absolute one form of prakriti and purursha needed to sustain the Universe.