Dharma is the one eternal truth of the world which never changes. It does get hindered, broken and sometimes neglected, but never destroyed. Bhagwan Vishnu protects it through his various incarnations and sends an important message to the entire World that none can destroy it. Not only through his incarnations, but he also acts through his devotees too to retain Dharma through which he accomplishes two goals. One, that making his devotees understand that he is always there to support them and the other to glorify his devotees which is one of his favourite actions. 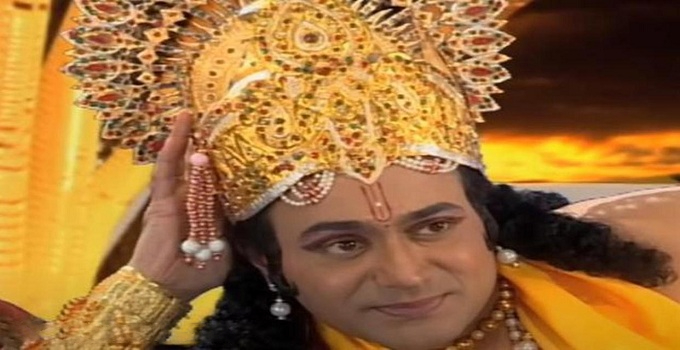 Bhagwan Vishnu likes to glorify through his guidance and actions so that the world would never forget them. In the Geeta, Bhagwan Krishna says to Arjun, “Get up and prepare to fight”. The evil forces are already destined at my will, you are an instrument to fight” Arjun was worried about killing his kith and kin in the final Kurukshetra War and decides to quit fighting. Bhagwan Krishna becomes the guiding factor for Arjun and discourses him about the cycle of life and death which actually is controlled by him and how a human needs to do his karma and leave the result to the Almighty. With the guidance of Bhagwan Krishna, Arjun exhibits unbeaten valour in the war which makes him one of the greatest warriors of Mahabaharat.

When Shri Ram gives his signet ring to Hanuman, he was very well aware of the fact that it was Hanuman who would find out Mata Sita’s whereabouts. He boosts Hanuman’s strength by giving him the ring signifying his belief in Hanuman. This gave Hanuman the determination to search for Mata Sita at any cost and also gain the power to leap the mighty Ocean to reach Lanka. With Shri Ram’s encouragement, Hanuman reaches Mata Sita, destroys the city of Lanka and sends a warning message to Ravan too and finishes his task given. Shri Ram with his ardent affection for his devotee thus glorified Hanuman in a way that no other could ever surpass his strength or power.

Whenver there was a need to destroy evil forces the Almighty chose to appear and act through his devotees who are his main weapons. But, they are not just mere weapons, but representations of people who have totally left their egos and surrendered themselves to the feet of the Almighty. Although Bhagwan Vishnu already sets what is going to happen in destiny, he loves to give the credit of the final outcome to his devotees rather than himself which make our belief in him stronger.