Wealth is the one materialistic need which every human needs for sustenance of life. However, it is on the perception of the human as to what means is used to acquire it. Bhagwathi Lakshmi is the Goddess of wealth has emerged during the churning of the Milky Ocean, which represents the material world. When milk is churned, butter is acquired out of which ghee is made. In the same way, when one works hard to churn the desires of his life, Bhagwathi Lakshmi blesses prosperity through which man can benefit himself and the society. 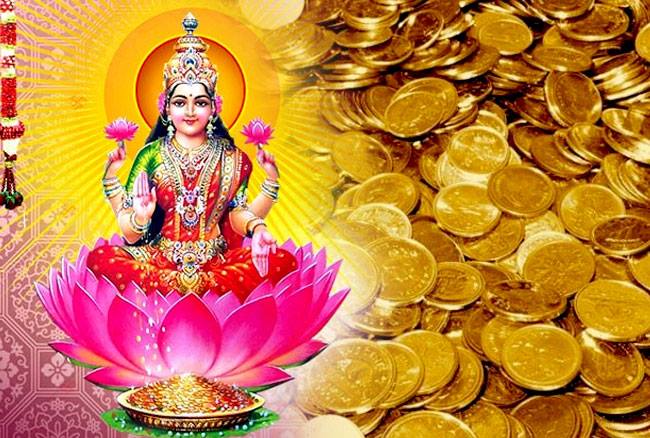 When the Samudra Manthan was going on, there arose a number of splendid things which both the Devas and the Asuras wanted to acquire for themselves. Each one had a great significance and represented a particular aspect of life. While the Iravat represented righteous conduct with its white colour, the horse Uchaisrav represented Dharma which rode in the world controlling the Dharma. The heavenly Apsaras represented pleasure and the Madira represented the desire which one had to keep in control. Along with all these gifts arose Bhagwathi Lakshmi as the Goddess of wealth.

The moment she rises from the Ksheer Sagar, all the Devas and Asuras rush to seek her. They forget the reason for which they were churning the ocean and starting debating among themselves to acquire her. If not under control, wealth is such an attraction which makes man lose focus and start running on a different road from the one he actually starts his journey. However, wealth also teaches that it reaches the person who strives hard on his goal and accomplishes it, rather than being attracted to diversions.

Bhagwathi Lakshmi sees that the only Bhagwan Vishnu chose to remain calm and focus on the task present in front of him. Bhagwan Vishnu had the responsibility of making the Devas and the Asuras focus on the task of churning the Ocean and obtain Amrit, for which he does not get diverted by any attractions that were coming out of the Milky Ocean. Bhagwathi Lakshmi gets attracted to this very simple, yet determined nature of Bhagwan Vishnu and garlands him to be her husband. With this gesture, Bhagwathi Lakshmi clarifies to the whole world that while the whole world seeks her, she seeks to reside in the heart of one who is detached from the worldly desires and focusses on his deeds and karma. 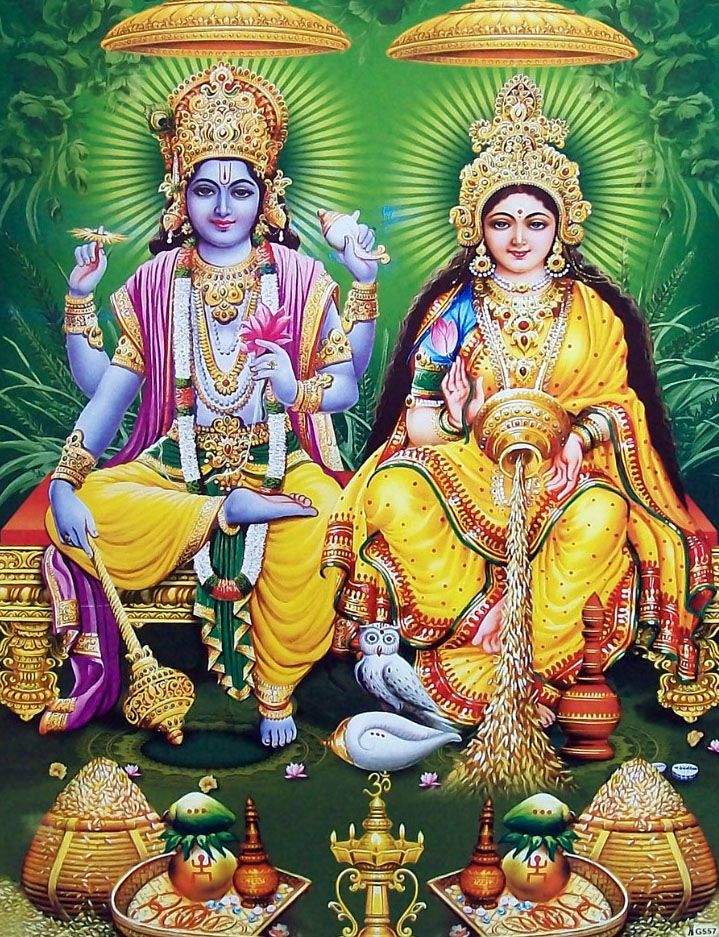 Bhagwan Vishnu never tries to control Bhagwathi Lakshmi and treats her with respect and hence she enjoys being in his company. When one doesn’t control wealth, it signifies his detachment and also the control over the desires and Bhagwathi Lakshmi always surrenders to such an entity with her complete consent and willingness and helps him achieve success in life.