Devotion to the Almighty is inspired through the devotees and their inspiring lives through which they not only instil faith of the Almighty in mankind, but also infuse values of truthfulness, courage and determination which helps one walk in the path of Dharma. There are no boundaries or set of rules in devotion and this is proved through the child devotees mentioned in our Puranas who have paved way for true devotion with their faith in the Almighty. 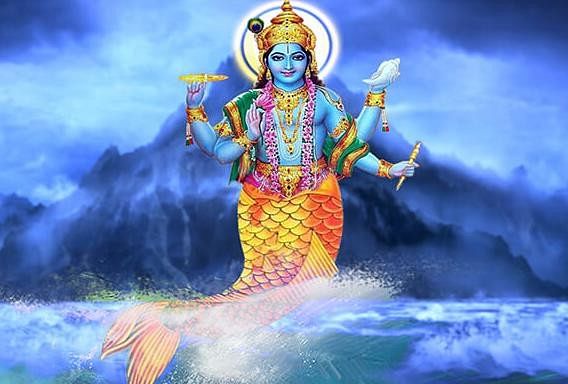 Dhruv and Bhagwan Vishnu – As a child of five, where Dhruv had to spend time in play and the affectionate lap of his parents, he sets out to do the most inordinate task of seeking Bhagwan Vishnu. Obtaining the Narayan Mantr from Rishi Narad, he dares all the adversities of the forest, wild animals eats nothing and just does penance to Bhagwan Vishnu from his heart and soul. Appeased with the little one’s devotion, Bhagwan Vishnu appears and asks him a boon. Dhruv wishes for nothing but the devotion of Bhagwan Vishnu which makes him even greater with his unconditional love and selflessness. Today, Dhruv shines as the pole star in the sky having a permanent place and sight of Vaikunth Dhaam and Bhagwan Vishnu for eternity where he still is continuing his steadfast devotion.

Prahlad and Narasimha – Hiranyakashyap was the world conqueror and the demon that terrified all the three worlds with his ferocious powers and might. But, he had to succumb to the pure devotion of a child. Prahlad, who was his son stood firm against all difficulties which were imposed by Hiranyakashyap to make him stop praying to Bhagwan Vishnu. The more the difficulties, the more firm was the devotion of Prahlad on Bhagwan Vishnu. to save his little devotee, the Almighty took the form of Narasimha, rescued Prahlad and the entire world from the atrocities of Hiranyakashyap. Bhagwan Narasimha was ferocious to evil but through Prahlad, he proved that he remains the protector and saviour of all devotees who believe and trust in him.

Markandey and Bhagwan Shiv – Bhagwan Shiv answers to the call of devotion with all fervour and he did the same when the young Markandey called out to help him from the clutches of god of death, Yamraj. Knowing that he was destined to live for a short time of twelve years, the young Markandey worships of Bhagwan Shiv for a long life to serve his parents and be purposeful to mankind with his knowledge. With total faith on Bhagwan Shiv, he believes that he would be saved from death by the compassionate Mahadev. True to his belief, Bhagwan Shiv appears in front of him at the time decided for Markandey’s life to be over and saves him from Yamraj. Not only that, he also grants the boon of immortality to Markandey proving that true devotion can overcome any great obstacle of life and death too.

Devotion has no boundaries of age and belief in it makes a child too the eternal devotee of the Almighty. With their selfless acts and faith, the child devotees have become the visionaries leading all ages to walk in the true path of devotion and Dharma.