Every problem has a solution is the optimistic approach of a positive person. Looking at a glass of half-filled water, the positive person sees it as a half-filled one, but the negative attitude makes the same glass as an half empty one. The one who thinks that every problem is an experience of life and faces it with confidence is the one who becomes successful in life, and Shri Ram is the finest inspiration to look upon who faced all problems of life and found out solutions for them with his determination and courage.\ 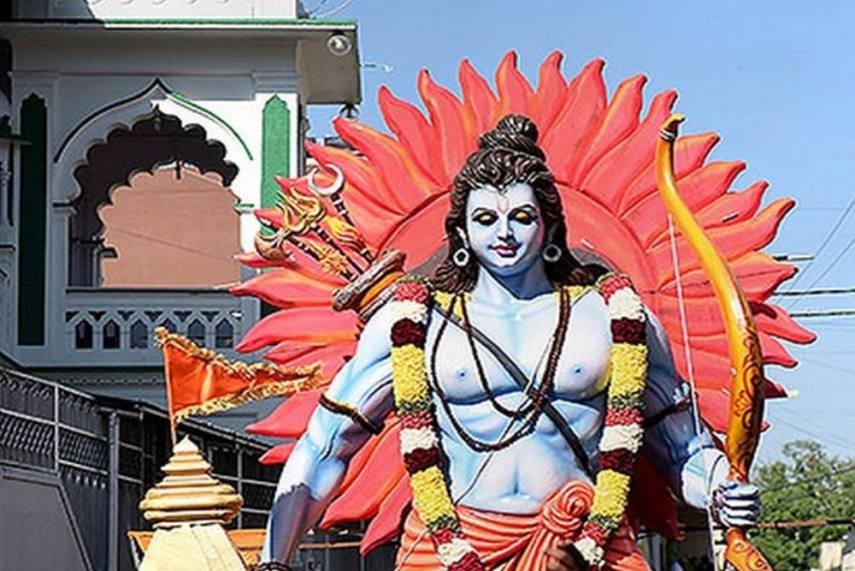 At the time of exile – When Queen Kaikeyi asks Shri Ram to crown Bharat as king and leave for the exile, Shri Ram faces the first problem of his life. But, he derives strength from the same problem saying that he would be more than happy to see his younger brother crowned king and also make his life meaningful by visiting the pious sages of the forest during his exile. Thus, he makes the condition a boon for him and starts a different adventure of his life. Not only he goes to the exile making his life blessed by the divine Sages, but also makes their life an enriched one with his darshan. He becomes their protector by killing all the demons of the Dandak forest.

When Mata Sita is abducted – Shri Ram never felt the pain of living in the forest all the years, but he feels devastated when he finds his ashram at Panchavati without his beloved Sita. Both the brothers do not have a clue about where she has gone or taken away and Shri Ram faces the most critical moment of his life wherein he is separated from Mata Sita. Yet, he stands strong and faces the problem. Taking a clue from the animals of the forest pointing towards South, they start their search in the South direction which gives solution to their problem. Right from Jatayu to Hanuman, all become a part of the quest of Mata Sita and finally Shri Ram reaches Lanka to save her from the clutches of Ravan. Had Shri Ram returned back in despair by losing hope and not thinking of a solution, the story would be a different one unimaginable.

Feeling distressed for Lakshman – The great battle wages between Shri Ram and Ravan. While Shri Ram stands for Dharma and does a fair fight, Ravan and his army resorting to sorcery and evil means bring trouble for Shri Ram in many ways. The greatest difficulty Shri Ram faces is when Lakshman falls unconscious to the arrow of Indrajeet. Lakshman is dearer to Shri Ram than his life and Shri Ram finds no meaning in waging the war with Lakshman gone. But with Hanuman’s determination in getting the Sanjeevani herb and saving Lakshman, Shri Ram gains back his hope and confidence to get back to his duty of upholding Dharma, and it leads to the final defeat of Ravan in battle.