In a world divided by factors of birth, rich, and poor, low, high, caste and creed, Shri Ram was way ahead of his time and had no such inequalities. He showed no difference based on the norms set by the people in the society, but he treated all based on what was written in the scriptures of the time, which mention that all are equal in front of the Almighty. The greatest inspiration Shri Ram gives is to rise above the discrimination of society and treat all with equal love and affection. 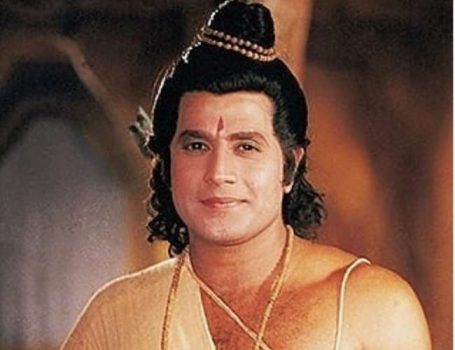 Shri Ram’s affection had no reasoning and he loved all of them. His love for his people made them plead him earnestly not to go the forest when he was exiled. They leave all their homes, work, food and water and follow Shri Ram to the forest. Shri Ram never behaved as a rich prince with them, but as a friend and was gentle to everybody irrespective of the rich and the poor. Their unconditional love forces Shri Ram to leave them in the midst of the night and go ahead, lest they follow him to the forest and abandon Ayodhya.

When Shri Ram reaches Sringaverpur, the tribal kingdom of his childhood friend Nishad Raj Guh, he arrives hurriedly to Shri Ram. Shri Ram does not show any attitude of being an Emperor’s son and greets Nishad Raj Guh very happily. He enquires about the welfare of his friend and his subjects and accepts the simple bed and food prepared by Nishad Raj with great love and affection.

Shri Ram sends a strong message to the society that no matter where a human takes birth and whether it is a high or a low family, one is to be treated with respect and what is important is the virtue of goodness, but not wealth and riches.

The respect and the gentle conversation of Shri Ram and the Kewat also bring out how Shri Ram was away from inequalities. When he approaches River Ganga, Shri Ram very gently requests the simple boatman to ferry them across the river. He waits patiently listening to all the conversation made by the Kewat and very happily agrees to the boatman’s request of washing his feet before they step on the boat. Shri Ram never orders the boatman showing his pride, but respects the profession of the boatman. His gentle behaviour shows that all the professions in a society are to be regarded and no one should be biased on the basis of their work they do for a living.

An offering made to the Almighty is often prepared purely and with great care and procedure. But a tribal woman Shabari offers Shri Ram already tasted fruits, which she picks up in the wild forests. Shri Ram imparts that a pure heart is what is more important than the procedure of offering them. Shabari belonged to a family of hunters, but her heart was pure and untainted and that was the most important virtue which Shri Ram appreciated in her simple and unconditional devotion. 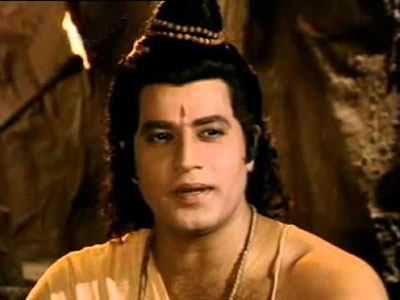 In a world of different ways of life, people may belong to different sects and ranks of the society, but what makes them equal is the love and faith in God, and all are eligible to possess that equality. Being the Maryada Purushottam, Shri Ram rose above the discriminations of a society. The only attribute one requires to worship him is pure devotion, and nothing else.