When evil deeds are done, it is not only the single doer of the sin who pays a price, but also all the near and dear ones who support it. The city of Lanka pays a great price for defending Ravan’s sin and bringing grief to Mata Sita thus inviting their death in the hands of Shri Ram.

In the great battle, Ravan loses all great warriors one after the other. Firstly, the mighty Kumbhakarn goes to battle. Seeing Kumbhakarn laying waste on his mighty Vanar army, Shri Ram goes to fight Kumbhakarn. A great battle ensues between the both. Shri Ram first chops of Kumbhakarn’s hands, and then with one strike of an arrow cuts the head of the gigantic demon which throws it into the waters and kills him. The mighty demon is relieved from his curse, and is laid to rest in the ocean waters.

Ravan faints listening to the death of Kumbhakarn. Seeing Ravan’s grief, his sons Atikay, Narantak, Devantak, Trishira and commanders Mahodar and Mahaparshv swear to kill Shri Ram and go to battle. All the demons warriors start attacking the monkey army from all sides. Narantak kills many Vanars and creates terror in the battlefield. On the order of Sugriv, Angad leads the fight with Narantak. Both exchange fist blows, hurls stones at each other and finally in the duel, Narantak dies in the hands of Angad. Seeing this, Mahodar, Trishira and Devantak together attack Angad. But, Hanuman and Neel come to help of Angad. Devanatk dies with a single fist blow of Hanuman and Mahodara dies in the hands of Neel. Trishira fights Hanuman, but Hanuman chops Trishira’s head by his own sword. Another commander Mahaparsv rushes to fight Hanuman,but is encountered by the monkey warrior Rishabh. They both engage in a mace fight and Rishabh kills Mahaparsv with a mighty blow of his mace.

The valiant warrior Atikay comes to battle to face Shri Ram and Lakshman. Atikay was the son of Ravan and Dhanyamalini. He was a mighty warrior and all celestials feared him. Atikay comes and challenges Shri Ram and Lakshman for a fight. Lakshman comes ahead mounting on Hanuman and begins to fight Atikay. The fight ensues with both of them equally countering their arrows and weapons. The Devas come to the aid of Lakshman and suggest him the idea of killing Atikay. Vayu Dev, the Wind God advises Lakshman to pierce Atikay’s chest with Agni Astr. Lakshman does the same and Atikay gets killed by the forceful arrow of Lakshman.

Hearing the news of death of all his great warriors and sons, Ravan sinks into grief. He understands that he is fighting a losing battle with Shri Ram. He asks his remaining commanders to strengthen the gates of his city and retires to his inner palace in grief. Ravan had all the chances to avoid war and redeem his sins at the feet of Shri Ram, yet he chose his pride and arrogance which resulted in losing all his future generations. 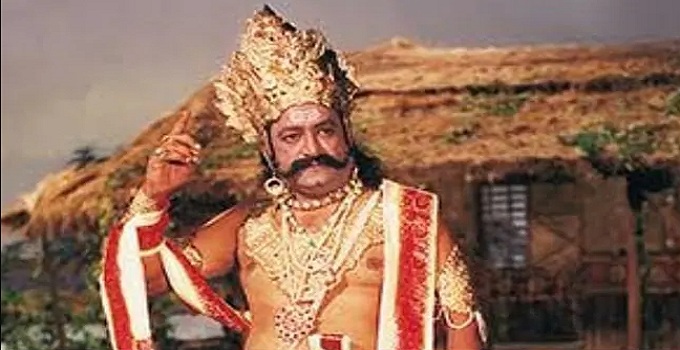 War is never beneficial and it seeks lives of many innocent people. It is such an adversity which destroys generations, culture and the future of a kingdom and its people. The one who seeks it, especially for a selfish means always pay a heavy price and that price can never be taken back. With a greed for own benefit, Ravan invites this wrath and pays a big price by losing all his kith and kin.