Shri Ram is the compassionate Almighty who has nothing, but love and affection for his devotees. In the journey of life, when one believes in Shri Ram and puts complete faith in him, then even a bad personality too turns into a good one. One such incident which exemplifies this is with the thief who had come to rob Goswami Tulasidas and how he transformed himself into a devotee of Shri Ram.

Sant Goswami Tulasidas who is the composer of the timeless classic Shri Ramcharitramanas had a daily habit of reciting the same to various devotees who visited his ashram. The evenings were filled with the music and chants of Shri Ram and all the people who came to listen to the divine story of Ramayan were filled with bliss and happiness. There were no restrictions in the Ashram and everybody was free to come and go whenever they liked.

Once a thief comes and sees the commotion and crowd at Shri Tulasidas’s ashram. He believes that all the crowd would give the saint some valuables and he could easily steal it. He comes visiting the Ashram in the evening in the disguise of a commoner. After the daily recitation was over, the thief sets to his task seeing Shri Tulasidas alone in the ashram and all were gone for the day.

The thief peeps inside the ashram and sees Shri Tulasidas engaged in writing. Seeing that the saint is busy in his work, the thief starts searching for valuables of money and jewellery in the whole Ashram, but finds none. Listening to the sounds, Tulasidas asks who it is. Startled, the thief lies that he was still there here to safeguard the ashram. Shri Tulasidas, smiles and answers that the ashram was already in safe hands. The thief does not understand his words and gets back to his work. After ransacking the whole ashram, he finds nothing to steal and comes to the main door to leave. He is surprised when he sees a young prince with a bow and arrow in his hand and shining with infinite radiance guarding the main door. Afraid, the thief tries to go from the back door and is shocked to see another prince guarding the back door. The thief tries to leave the Ashram in all ways possible, but he everywhere he finds the two young princes with bows and arrows guarding the ashram. Unable to escape, the thief rushes to Shri Tulasidas and falls at his feet. He reveals his true identity and asks him to save him from the two young warriors and forgive him for his sins. 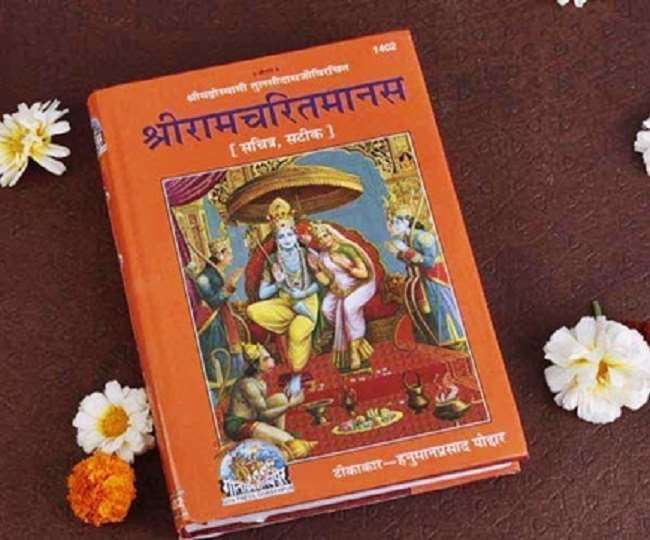 Tulasidas smiles and says that the thief was no longer a sinner as he had the darshan of none other than Shri Ram and Lakshman who were guarding the ashram. The thief gets shocked by this revelation. Shri Tulasidas calmly says that when the devotion is pure, God himself protects his devotees every minute. As the thief had a darshan of them, all his sins were absolved and it was a new life to him. Listening to this, the thief bows with great respect to the devotion of Shri Tulasidas, and becomes a disciple of the noble saint. Such is the greatness of the Almighty that he transforms even an unvirtuous person also into a virtuous one. It is all faith that matters.