Ganesh is the Hindu God depicted as having an elephant head. The god, While known by a staggering 108 different names with the most popular being Ganapati or Vinayaka, is celebrated in Hinduism as the god of the beginnings as well as the God of arts and science. 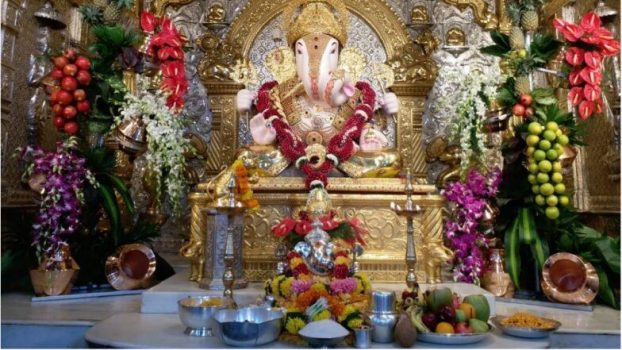 There are two different legends of Ganesha’s birth. One has it that Goddess Parvati created Ganesh out of ubtan off her body while having a bath and set him to guard her door while she finishes her bath. Shiv who has gone out returned at that time, but as Ganesh didn’t know him, stopped him from entering. Angry Shiv severed the head of Ganesh after a combat between the two. Parvati was enraged and Shiv promised Ganesh will live again. The devas who went in search of a head facing north of a dead person could manage only the head of an elephant. Shiv fixed the elephant’s head on the child and brought him back to life.

The second and less popular version of the genesis of Ganesh says that Shiv and Parvati created him at the behest of the heavenly beings to serve as an obstacle in the path of demonic beings- not nearly as exciting a story!

Ganesh Chaturthi or Vinayak Chaturthi is one of the major traditional festivals celebrated by the Hindu community. It is observed in the Hindu calendar month of Bhadrapada, starting on the Shukla Chaturthi. The festivals last for 10 days, ending on Ananta Chaturdashi, and is traditionally celebrated as the birth of Lord Ganesh. Ganesh is considered to be the God of wealth, knowledge, wisdom, and prosperity.

Ganesh Chaturthi is celebrated across the country, but Maharastra cannot be beaten for its ultimate preparations of Ganesh Chaturthi. India’s biggest Ganesh Utsav pandal has always been established in Mumbai and popularly known as Lalbag Cha Raja Pandal. 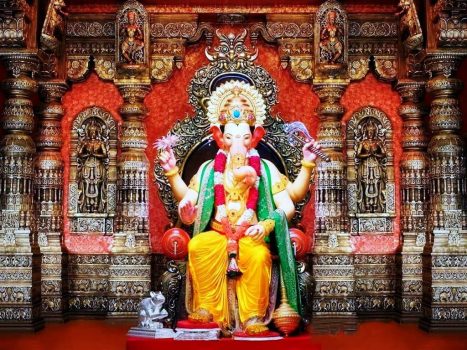 At the start of the festival, idols of Ganesh are placed on raised platforms in homes or in elaborately decorated outdoor tents. the worship begins with the pranaprarishta, a ritual to invoke life in the idols, followed by shhodashopachara, or the 16 ways of paying tribute. Amid the chanting of Vedic hymns from religious texts like the Ganesh Upanishad, the idols are anointed with the red sandalwood paste and yellow and red flowers. Ganesh is also offered coconut, jaggery, and 21 modaks, considered to be Ganesha’s favourite food.

At the end of the festival, the idols are carried to local rivers in huge processions accompanies by drumbeats, devotional singing, and dancing. There they are immersed, a ritual symbolizing Ganesha’s homeward journey to Mount Kailas- the abode of his parents, Lord Shiva and Goddess Parvati.