In Hinduism, it is traditionally recognized as the abode of God Shiv, who resided there along with his consort Goddess Parvati and their children, God Ganesh and God Kartikeya. According to the epic Mahabharata, it is said that the Pandava brothers, along with their wife Draupadi, trekked to the summit of Mount Kailash on their path to liberation, as it is considered to be a gateway to Heaven, also known as Swarga Loka. 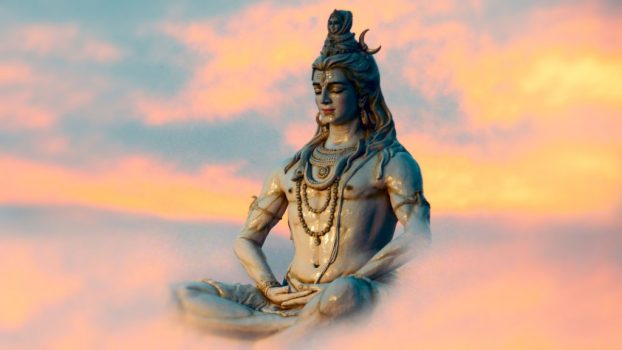 God Shiva is also the master of the Yogic Arts and he performs Yogic rituals on Kailash as it a peaceful and beautiful place. The Mansarovar Lake at the foot of the mountain is also significant in Hinduism as the ‘lake of Creation’ of all life. It has tremendous natural beauty. As per legend, lake too is created by God Shiva as he is the creator of the whole world.

Geographically too, Kailash is the Centre axis of the Earth, hence God Shiv chose Kailash so that, He can take care of all his created living beings by staying on Kailash since God Shiv is the Jagatkaarana and Jagatpaalana, who created the universe and who runs the Universe.

According to the Puranas, the four faces of Mount Kailash are made from crystal, ruby, gold and lapis lazuli. It is also called the pillar of the world. God Shiv is an energy we can feel anywhere, he resides in each and every being of the universe. We just need to close our eyes with the pure feeling of devotion inside us, and chant ‘OM NAMAH SHIVAY’.The reason why God Shiv resides at Kailash Parvat