After successfully meeting Mata Sita, Hanuman leaps into the air for his return journey to Shri Ram. He crosses the ocean and lands on Mount Mahendra, where he sees all his companions Jambavan, Angad and others anxiously waiting for his return. He roars in jubilation and all understand that he has succeeded in meeting Mata Sita. 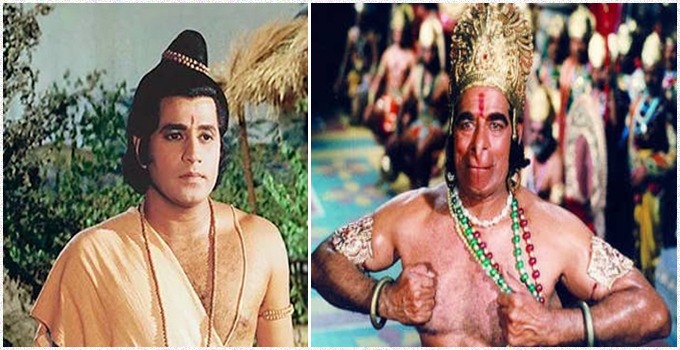 Hanuman meets all his companions and recounts the condition of Mata Sita and how she is waiting earnestly for Shri Ram. He mentions the havoc he created in Lanka by killing the powerful demons. On hearing this, Angad says that now that they know where Mata Sita is, they all could go back to Lanka and kill Ravan and bring Mata Sita back. But the wise Jambavan insists on not taking up hurried decisions and they return back to Shri Ram with the good news.

In Kishkinda, Sugriv comes to know that the Vanar group is celebrating their victory in the honey grove Madhuvan. He understands that they are happy as they found out about Mata Sita, and he rushes to Shri Ram to tell him the news. Shri Ram and Lakshman hearing this fill their heart with hope for good news about Mata Sita.

Hanuman comes and bows to Shri Ram and unable to see the plight of Shri Ram anymore, immediately tells that he has met Mata Sita. This news delights Shri Ram so much that he is at loss of words. He requests Hanuman to tell him everything about Mata Sita. Hanuman mentions the whole conversation between him and Mata Sita and explains Mata Sita’s miserable state and that she is living just with a hope that she would be reunited with Shri Ram very soon. He recounts the story of Jayant as told by Mata Sita and mentions that Mata Sita is wondering as to why her swami who could not bear the imprudence of a crow is not reacting to the atrocities of the demons on her. He then hands over the Chudamani given by Mata Sita as a return token of memory to Shri Ram.

On seeing the Chudamani, tears flow out of Shri Ram’s eyes and he gets reminded of the beautiful days spent together with Mata Sita. He is lost in a hoard of memories with Mata Sita. Shri Ram urges Hanuman to repeat Mata Sita’s words again and again and finds comfort in them. Hanuman mentions to Shri Ram about his assurance given to Mata Sita that the Vanars in Sugriv’s army were quite powerful under the leadership of Shri Ram and Sugriv and would easily cross the ocean and save her. Hanuman finally mentions the appeal of Mata Sita to destroy Ravan and take her back to Ayodhya. 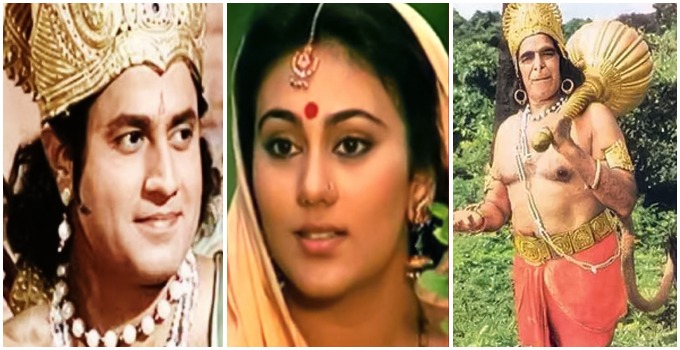 After hearing to all the conversation of Mata Sita and Hanuman, Shri Ram overcomes his grief slowly and focusses on the next step of attack on Lanka. He orders Sugriv to immediately summon a meeting of all the warriors and decide upon the strategy of war. Shri Ram then turns to Hanuman and praises him as the most powerful warrior he has ever met. He says that the task he accomplished was only possible for the mighty Vayu or Bhagwan Vishnu’s mount Garud. Hanuman falls on Shri Ram’s feet and requests that the only thing he desires is the devotion of Shri Ram and nothing else. Shri Ram has nothing else to say but “so be it” with great happiness for his most faithful and eternal devotee.