The moment one takes the name of Shri Hanuman, it gives immense joy, strength and confidence in life. Hanuman gives us many valuable insights as to how to lead life in a simple, yet very striking way. The greatness of Hanuman is that he was a single one all his life, yet he was always there around for his people as family defining relations of life in the most exceptional way. 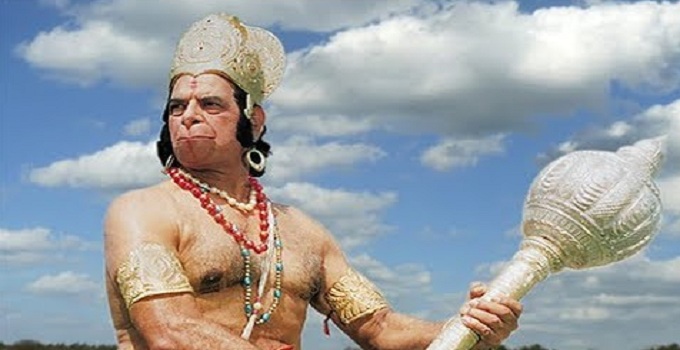 Shri Ram – Where there is Shri Ram, so is Hanuman. Being the ardent devotee of Shri Ram, Hanuman surrenders himself completely to his swami and stands as the strength of Shri Ram. He develops an invaluable trust bond with his master that Shri Ram knew that if anybody could bring some hope and news about Mata Sita, it was Hanuman. The same faith in his master gives Hanuman the strength to leap the ocean, fight great demons, yet be the humble servant of Shri Ram. Hanuman teaches that trust and faith can take one long way in life when one completely believes, just as his faith on Shri Ram.

Mata Sita – A mother looks upon her son in times of distress, and Hanuman serves this purpose by coming to her in the much needed time. He understands their love on each other and is very subtle in conveying the pain of Shri Ram to her not breaking up the dignity of their relation. Just as a son gives strength to his mother, he burns Lanka and teaches a lesson that the dignity of a woman is not for granted. Hanuman stands alone in the city of Lanka for Mata Sita and proves that the blessings of a mother are enough to overcome all obstacles.

Sugriv – After becoming the possessor of all the divine knowledge, Hanuman abides to the wish of his Guru Suryadev and becomes the friend of his son Sugriv. As his shadow, he stays with Sugriv and guides him in all things right and wrong. When Sugriv is apprehensive about Shri Ram, Hanuman clears all his doubts and convinces him to befriend Shri Ram. Hanuman never takes advantage of his position as a friend, and was a wise minister to Sugriv. When Kumbhakarn carries away Sugriv, Hanuman could have easily saved him, but he waits for Sugriv to escape himself, not to bring down the confidence of the Vanar army in Sugriv. Hanuman stands as a true friend and a wise minister of Sugriv balancing his relation aptly.

Lakshman – Shri Ram considered Hanuman as dear to him as his brother Bharat. Bringing total justice to the confidence of Shri Ram, Hanuman stands as a support and protection to Lakshman just as an elder brother does. He carries Lakshman on his shoulders during the great fight with Ravan’s son Atikay and helps him achieve success. In the little time to save Lakshman’s life, Hanuman rushes in his aid and gets the entire Mountain which relieves Shri Ram’s distress for Lakshman. He becomes not only Shri Ram’s most dearest one, but also with his behaviour wins the hearts of all his brothers thus giving the perfect meaning to a brother.

Hanuman was never a family man, yet the bonding he had with people who trusted in him was as equal as a family bond and sometimes more than that. Hanuman teaches that relations are not only those with a bloodline, but also those made of pure affection from the heart.