The various reason behind applying tilak on the forehead of Hindu men and women are religious expressions, Marital status, Traditional value, and spiritual approach. It is usually applied on the forehead between the eyebrows, sometimes on other parts of the body such as the neck, hand, or chest. It is a point of immense power and piety. This eyebrow spot is Known as Anjna Chakra. It is the centre of a person’s nervous system, the area in which a person can see spiritual truth. Tika or Tilak is believed to prevent the loss of energy and control the various levels of concentration. 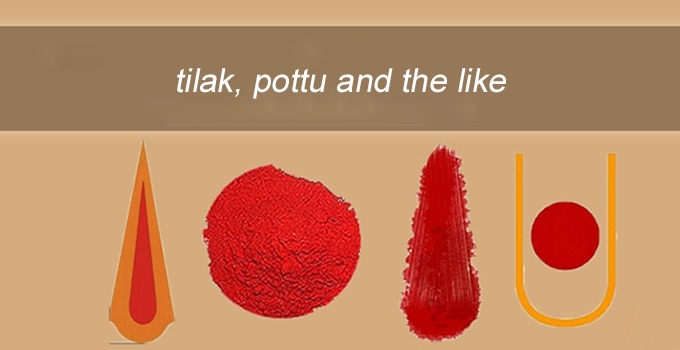 The application of tilak allows electromagnetic waves to pass through and stimulates neural networks. To cure mental stress, insomnia there is a treatment in Ayurveda known as Shirodhara, which is constant dripping of warm oil on the forehead, between the eyebrows. The reason behind this treatment is to take out excess heat and relax the system. Similarly, the application of tilak or tika permanently cures headaches and offers instant relief from stress. The scientific reason behind the application of the tilak right between the brows that it clears sinuses, keep the mind calm which helps in battling anxiety and stress and fight insomnia.

There are varieties of tika or tilak in Hindu culture based on the God they worship. For example, followers of Lord Vishu apply “U” shaped yellow coloured tika made up of sandalwood paste which is extended towards the nose which represents lotus feet of Lord Vishnu along with a line in the centre with wet kumkum which signifies devotion and presence of Lakshmi. Sandalwood is also known for its cooling effect and curing headache.

Those who worship Lord Shiva apply three horizontal lines, running across the forehead. Vibhuti means ashes. The spiritual belief behind the application of ashes bring glory, destroys evil, and protects from ill-health. Devotees of Goddess Lakshmi or Shakti wear kumkum, which is turmeric powder mixed with lime to turn it red. It is compulsory for married women to wear kumkum all the time, while some people wear this as a veer tilak, symbolizes bravery, and boost the winning spirit.