In the eternal epic Ramayan, the virtues of honour, loyalty and duty are portrayed by all the principal characters and impart that a life of a human is on the path of Dharma, only when adhered to these principles. Honouring promises, being loyal and considering duty as the foremost responsibility was very important for all the characters of Ramayan and they chose to follow them in all times, good or bad. 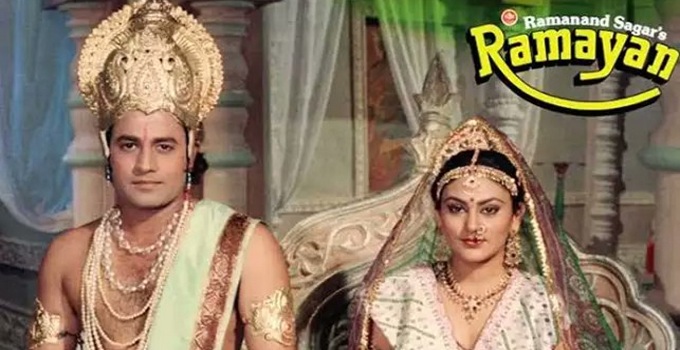 It was not an easy life for Shri Ram to honour the promise which in reality was not given by him but his father. Although nowhere in the necessity or compulsion to obey it, he still prefers to take up the responsibility of honouring it. Shri Ram had to forgo the comforts of the palace, stay away from his parents and lead a secluded life in the unknown forest. Yet, with determination he walks ahead as if the hardships of the forest are a mere nothing to him when compared to honouring his father’s promise. Not one time in his whole exile, does he blame his father or mother for his hardships, but only takes it as his destiny. Loyalty is when one can trust the other with his life. Shri Ram’s brothers shine with this attribute wherein they do not get misleaded by the games of power and politics for the throne of Ayodhya.

While Lakshman proves his loyalty by never leaving his brother’s side during hard times, Bharat proves it by being a representative of Shri Ram, instead of a king as wished by his mother Kaikeyi. The brothers prefer leading the same life as Shri Ram as an ascetic rather than leave him to his promise and enjoy the comforts of their family and kingdom. Since times eternal, while Hanuman waits for his swami to come to him, the moment comes to him at the much needed time where Shri Ram needed a force of strength to reach his beloved Sita.

Hanuman with all due loyalty towards his swami never rests till he reaches his destination. It was his abundant loyalty towards Shri Ram that made him challenge Ravan in his court and blaze the Golden Lanka.

The hard gutted people never step back when it comes to fulfilling duty. Shri Ram during his exile time does his duty as a Kshatriya and takes up the duty of destroying all the demonic forces of the Dandak forest, which is also the first warning bell to Ravan notifying his end. Lakshman does his duty by serving Shri Ram and Mata Sita giving them no time to think about hardships of their life. Bharat does his duty by rightfully giving back Shri Ram’s kingdom to him and safeguard it in his absence.