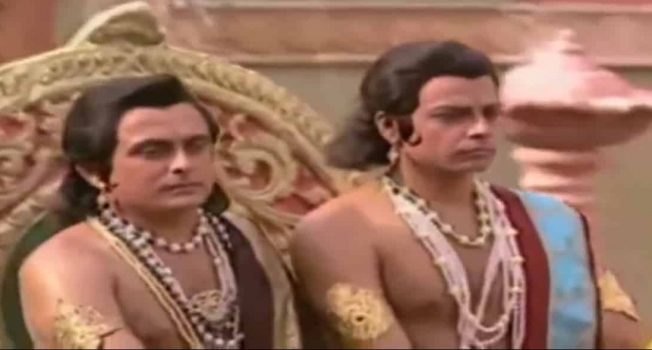 Maharaj Dasarath’s family was of three wives and four sons. Although not born to the same mothers, the brothers shared a bond of love which kept them united forever. It is natural for differences to occur when it comes to inheritance. Relations are put to test and the integrity is questioned. The same situation is faced by Shri Ram and his brothers by none other than their mother Kaikeyi as to the inheritance to the throne of Ayodhya. But Shri Ram instead of retaliating to it, accepts his mother’s desicion. Lakshman follows suit and sets an example of selfless sacrifice. On the other hand, Bharat does his duty responsibly and refuses to get crowned as a king. He rushes to Chitrakut along with Shaturghan and offers back the kingdom to Shri Ram. Thus none of them allows their bond to break up for inheritance.

Misunderstandings between siblings can make the relation bad, and Shri Ram wards it off by clearing Lakshman’s doubts on Bharat. When Lakshman comes to know about the arrival of Bharat at Chitrakut, he thinks that Bharat is coming to attack them. But Shri Ram convinces Lakshman that Bharat would never do such a thing and makes their relation strong. He does not take sides, but unites all his brothers on a single stand of Dharma. Where it is natural to see brothers fighting for power, all are overwhelmed with joy to see Shri Ram and Bharat sacrificing their happiness for one another. As an elder brother, Shri Ram becomes successful in holding the family together with selfless and unconditional love for his brothers.

It is a totally a contrast picture when it comes to Ravan which was a one sided affair always. Though his brothers Vibhishan and Kumbhakarn were loyal to him, he failed to understand their nobility. Instead, he fell into the trap of his immature sister Shurpanakha and created enmity with Shri Ram. While Vibhishan gives him wise advice not to fall for a lust woman’s greed, Ravan admonishes his brother. Time and again, he disregards Visbhishan which makes Vibhishan leave his brother for good. Ravan’s behaviour towards his younger brother leads Vibhishan to spill out all the secrets of Lanka and help Shri Ram gain victory over Lanka. Thus, break up between two brothers leads to the destruction of a kingdom. 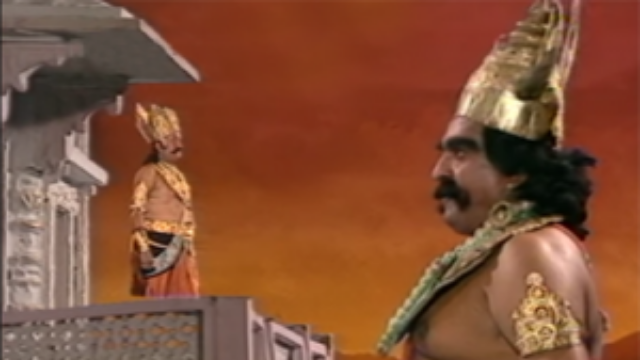 Ravan behaves with the same attitude when it comes to Kumbhakarn too. Although the giant warrior had nothing to do in the abduction of Mata Sita, yet he gives his life for the fault of his brother. Kumbhakarn tries to show reason and convince Ravan to give back Mata Sita, but when Ravan questions his loyalty, he does his duty for his kingdom and lays down his life. Thus, Ravan loses his siblings to ego and arrogance. His relation with his brothers disintegrates not only his family, but the whole of Lanka.

Shri Ram and Ravan thus both made an identity of their own as the eldest of the siblings. While Shri Ram’s life teaches us what to do, Ravan reminds us what not to, and that’s how the eldest sibling in the family makes a difference either way.