When Dharma is disturbed, the whole universe unites to prevent the domination of the evil forces over the Good. Each and every atom, life and creation of the universe becomes a support to the Almighty in destroying the evil forces. Ramayan illustrates this truth very beautifully where all life becomes a part of Shri Ram’s quest for Mata Sita. 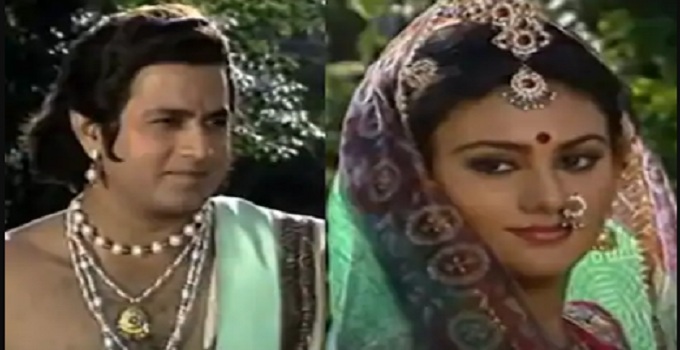 The animals – Shri Ram sinks into grief when Mata Sita was not to be seen in the Panchavati Ashram. He asks every plant, trees, bird and animal in whose company Mata Sita used to spend her time about her. Although unable to answer, the deer and birds constantly look to the South, which makes Lakshman mention to Shri Ram that they start searching in the South direction, which was the first lead to both the brothers.

Jatayu – The noble bird fights Ravan and tries his best to save Mata Sita but loses his battle with Ravan. He waits for Shri Ram holding his last breath and loses his life only after telling Shri Ram and Lakshman the abduction of Mata Sita by Ravan and the direction in which they went. The great sacrifice of Jatayu was the significant step in the protection of Dharma and leading Shri Ram close to his mission.

Kabandh – Although initially attacked by Kabandh, destiny becomes favourable to Shri Ram and Lakshman through him. When they relieve him of his curse, Kabandh tells them to move ahead and reach Mata Shabari and Sugriv at Pampa Sarovar, who would help Shri Ram in the quest of Mata Sita.

Mata Shabari – When Shri Ram and Lakshman arrive at her doorstep, Mata Shabari feels blessed and offers her simple hospitality. Shri Ram’s heart is filled with solace when she gives him courage that he would win over Ravan and lets him know about Sugriv and Hanuman at Rishyamuk Mountain. Shabari plays her role as a mother, devotee and guide and helps Shri Ram find the correct way to reach Mata Sita

Sugriv and Hanuman – With Hanuman as his eternal devotee, Shri Ram overcomes the major obstacle in knowing that Mata Sita is kept captive in Lanka. Sampati, the brother of Jatayu does his duty of letting know the Vanar warriors about Ravans golden city Lanak where Mata Sita was kept. With great faith, Hanuman crosses the hundred league sea and reaches Mata Sita and fills her heart with courage that her grief time has come to an end. After Shri Ram knows about his beloved Mata Sita, Sugriv brings down all his forces of the mighty Vanar warriors and becomes the strength of Shri Ram and declares war on Ravan. What started as a search of two brothers becomes a mission of millions of monkeys for upholding Dharma.

Samudradev – When Shri Ram aims his mighty arrow to dry the ocean up after Samudra dev’s silence, Samudradev falls at the feet of Shri Ram and suggests he build the Ram Setu on the waters and bridge the gap to Lanka. Samudradev does his part in upholding Dharma by supporting the bridge to float on water and all the warriors cross over it to reach Lanka. Thus, destiny played its way in being the support to Shri Ram and thus, bird, animal, demon, tribal, celestial all become a part of Shri Ram’s mission which was not just a fight for his wife, but a mission to preserve Dharma.