In a family of siblings, it is quite common to see that the brothers, sisters grow together, play and study together and then go on their own ways of destiny in the journey of life. In today’s nuclear families of stress and race, it is on few occasions that all meet and spend the time with joy and happiness and again move ahead with their own lives. But how the relation stays intact is important.

In defining such relations, Shri Ram and his brothers set great standards wherein even though separated by destiny, how they shaped up their bond as an unbreakable one for their whole lives. The beauty and wonder of the relation of the four brothers is that they are deeply bonded even though they were step brothers. It was not an easy task for them, yet they succeeded with love and affection for each other.

Although destiny gave them a hard time, they shaped it in a way that their bond grew even stronger with their virtues. Shri Ram was undoubtedly was the heart and soul of the three brothers. Shri Ram never showed them the attitude of being the favourite son of MaharajDasarath nor the heir of the kingdom, but always took care of them as his greatest responsibility. While destiny separates him physically from his younger brothers, he keeps them always in his heart and makes their bond a strong one.

As Shri Ram mentions that Lakshman is his soul, Lakshman was indeed the life breath of Shri Ram. Destiny shapes it that way, that he follows the footsteps of Shri Ram whole life. Bearing hardships of separation from his wife Urmila, and also the hardships of the forests, Lakshman in turn shapes his destiny as the younger brother whom none can beat in terms of service and care. If it wasn’t for Lakshman’s relentless service, exile would be difficult task for Shri Ram, nor could Indrajeet be defeated. Lakshman proves that with true girt, one can change destiny for the greater good.

Bharat is the silent epitome of devotion. If it wasn’t for Bharat’s destiny to be born as Kaikeyi’s son, the world wouldn’t have known a brother who wouldn’t step back to question his own mother for upholding Dharma. Destiny shapes his life with separation of his dear brother, but he brings back the padukas of Shri Ram and re shapes destiny by setting his heart and soul on them and serving the purpose of Shri Ram through his services to the kingdom as his representative. 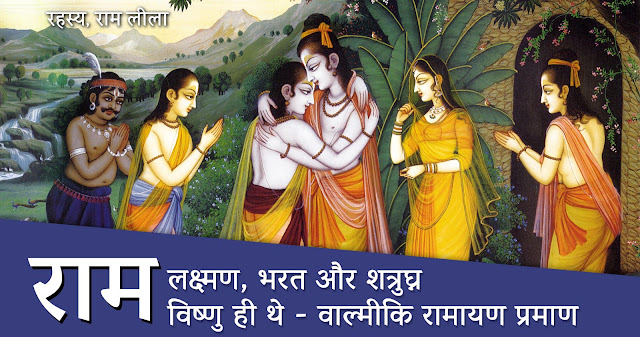 Destiny shapes the life of the brothers in a way that each of them becomes a representation of an ideal in holding a family together. Such great is their love for each other that destiny itself surrenders to them with folded hands and admits defeat by making them the greatest brothers of all times.