A father always takes pride in his children, as they are his reflections and representations who would carry his legacy forward. It is through his children that his dreams and the journey of life continue and hence, the father takes all the effort to give them the best of life in all ways possible. Fatherhood teaches the greatest lesson that even if one has to sacrifice for the happiness of his children, a father never steps back. Ravan too was such a father who took pride in all his sons, especially Indrajeet for whom he had a soft corner among all. But, the story of Indrajeet had a different end unlike others, and the reason was Ravan himself. The greed and pride of Ravan cost him the lives of his legacy and that is one valuable lesson one learns from Ravan. 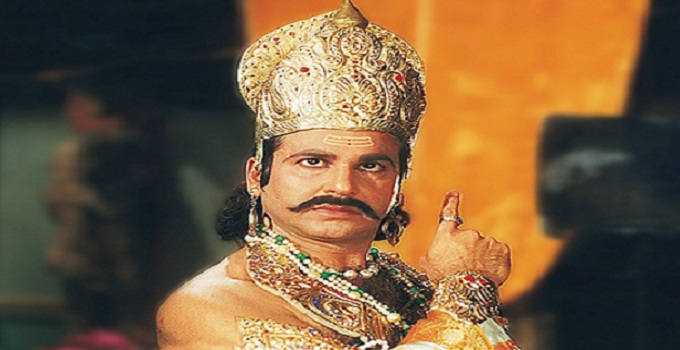 Just as himself, Ravan wanted a powerful son. As he had all the planets under his authority, he ordered the planets to be in the perfect constellation for an auspicious time for his son to be born. All planets fear Ravan and align themselves in the correct position except for Shani. Ravan gets furious at Shani, but had to accept it, and hence Indrajeet ‘s fate comes to be sealed in the hands of Lakshman. Ravan named his son Meghanaad who went to become one of the most powerful warriors and a dutiful son too.

Ravan’s great acievements were possible because of Indrajeet’s valour. But his greatest victory came when Meghnad defeated Devraj Indr and took him captive, which earned him the title of Indrajeet (conqueror of Indr). This victory makes Indrajeet the most powerful warrior of whom even Brahma ji acknowledges and blesses. The wish of Ravan having a son as mighty as him gets fulfilled.

However, instead of continuing this great legacy, Ravan turns egoistic. He starts troubling the worlds with his powers and gets blinded in arrogance. In the same arrogance, he abducts Mata Sita and brings doom to his Lanka. With Shri Ram reaching Lanka and the battle and slaying all the powerful warriors of Lanka, It becomes Indrajeets’ turn to rescue Lanka. A warrior who was the most powerful and had never gone against the command of his father now gets ready to fight for his father. Mandodari warns Ravan of the consequences and requests not to lose Indrajeet in the battle, But Ravan does not heed. Although Indrajeet defeats Shri Ram and Lakshman the frist time, when Lakshman comes back and fights Indrajeet, he understands that the two brothers were no mere men.

Indrajeet tries to persuade Ravan to change his mind and give back Mata Sita to Shri Ram which would save Lanka from annihilation, but Ravan only orders Indrajeet to fight, and loses his last chance of saving his mighty and dear son. In the battle, Lakshman slays Indrajeet and the greatest support of Ravan collapses.

Torn between the shades of good and bad, Indrajeet’s life is an example of bravery and commitment. Although he was demonic in nature, there was never an instance he went against his people or father and put his life in total protection of his clan. But, as he did not support Dharma, he had to pay the price with his life. This only teaches that no matter how good, powerful and committed one is, it is important that the all these qualities are used to uphold Dharma and not to abuse and fight against it.