Ramayan has become the most watched TV serial in the world as it was re-telecasted amid the lockdown. Every character of this show holds a special place in everyone’s heart. Actress Dipika Chikhalia who played the role of Sita rose to immense popularity after this show. She played her role in such an influencing manner that even today when people see her, they call her by the name of her character. 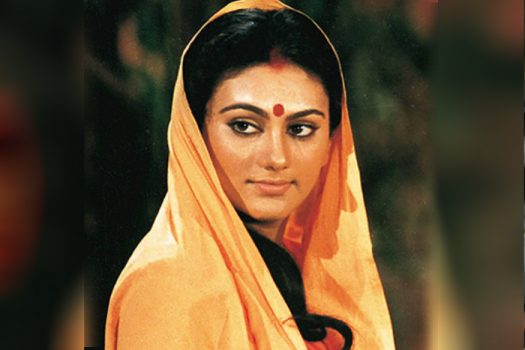 After doing the popular show Ramayan, Dipika was seen doing a couple of commercials. However, she didn’t continue that for a long time. After that, she was seen in many other movies like Ghar Ka Chirag (1989) and Khudai (1994). Dipika also acted in a few South movies. After getting married, she had refused to work in movies.

Recently, she announced her comeback on the big screen with the biopic of Sarojini Naidu. This news is definitely a treat for all her fans. As of now, she is working on her new project and she had also shared the first look of her from the movie. Have a look at the movie poster below:

Talking about her role of Sita in Ramayan, she once said in an interview that that particular role holds a very special place in her heart and she will always be thankful for the makers for giving this opportunity to her. Dipika has acted in numerous mythological TV shows but Ramayan always remains the most special one.

During the re-run, Ramayan broke all the records of viewership in the world to become the most watched TV show in the world. DD National had given information about this and said that around 77 million people watched Ramayan on April 16 which broke the previous highest record of a show with 19.3 million viewership.