Among the numerous great sages who adorned the knowledge court of Maharaj Dasarath was the great Maharishi Jabaali. He was among the wise advisors along with Rishi Vashisth who always gave wise counsel to Maharaj Dasarath in the conduct of Dharma. However, in his journey of becoming a great person of knowledge, he had to undergo many difficulties. His less known story is worth knowing showing how determination and patience help one achieve knowledge. 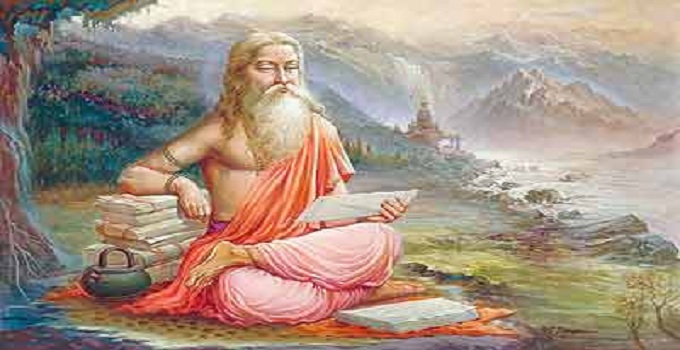 Maharshi Jabaali was abandoned by his father immediately after his birth for reasons unknown. His mother who was a pious woman gave him a proper upbringing with all virtues of discipline, humility and obedience. Right from his childhood, Jabaali had a great thirst for knowledge. When it was time to put Jabaali under a Guru to seek knowledge, His mother took him to Guru Haridrumat and requested him to take Jabaali as his student.

But the Guru refused to take Jabaali as his student as he was abandoned by his father. Jabaali was dejected however requested the Guru to give him a chance. The Guru said he would decide upon it later and asked him to be the keeper of the cows in the Ashram. Jabaali happily agreed to the responsibility taking his Guru’s command as his first education and took utmost care of the cows looking after all their needs. Even though he was ridiculed by the other students of the Ashram for being a cowherd instead of a student, Jabaali did not feel bad about his situation, but did his job with patience.

Although Jabaali used to spend his time with the cows in the forest while they grazed, his mind was in the great determination to seek knowledge and constantly thought about the same and nothing else. Years passed and Jabaali went on with his job without any complaints. Instead of losing hope, his determination grew up day by day and he was very confident that he would win in his task one day.

The Devas who were watching Jabaali since long were very impressed by his patience and determination. They decided to give him the knowledge he sought. As Jabaali spent all his time with the cows, the Devas transformed themselves into cows and mingled with the cows of the Ashram. Following his daily routine, Jabaali took all the cows for grazing. In the green pastures, the divine cows started to speak to him. Jaballi was initially surprised by this, but when he knew that the Devas had come to be his teachers, he was overwhelmed with joy. The Devas gave him all the knowledge of the Vedas and the Sastras and taught him the Brahma Upadesh to become a great rishi giving him the status of Maharshi.

When Jabaali came back, the Guru saw him shining with radiance and asked him the reason. When Jabaali mentioned to his Guru about what happened, the Guru was embarrassed on his behaviour as a teacher and asked for forgiveness of Jabaali. But Jabaali thanked his Guru for the opportunity to be a cowherd, which gave him the privilege to learn from the Devas. On the advice of the Devas, Maharshi Jabaali adorned the court of the Ikshwaku dynasty and was one of the wise advisors of Maharaj Dasarath and Shri Ram. Maharish Jabaali’s life teaches that if one is becomes determined to gain knowledge, then no society norms or life conditions can be obstacles from achieving the goal and being successful.