It is not only sharing life that marriage decides, but it is the combination of each other’s virtues which make a beautiful relation. Shri Ram and Mata Sita fit this definition perfectly. Mata Sita is a perfect epitome of a strong individual entity and also a devoted wife. 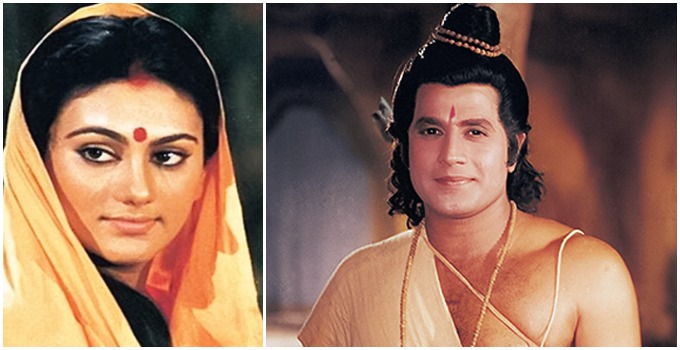 She was as obedient as Shri Ram was to her parents. Although Mata Sita’ heart was set on Shri Ram before the Swayamvar itself, but just as Shri Ram obliges his mentor Rishi Vishwamitr, Mata Sita also keeps calm protecting her father’s dignity. Respecting her father’s vow, she does not express her feelings and does not step out of her father’s modesty and leaves her faith in Shri Ram to win her hand, which he successfully does. Although she was a princess, she was the adorable and humble daughter of Maharaj Janak and never gave away his respect.

Mata Sita spends her life in Ayodhya as a compatible wife of Shri Ram and gains love and respect of all. Everything looks good during happy times and it is during the bad times, that virtues are put to test. When Shri Ram is exiled, without the slightest hesitation, Mata Sita gets ready to accompany him. Though Shri Ram explains the hardships of forest life, she does not go back on her responsibility of being with him in good and bad times. She proves her worth that she is not made only for the comforts of a palace, but is as responsible in fulfilling her duties as a wife.
When Maharaj Dasarath asks her to wear the princely garments to forest, she simply rejects them saying that she wouldn’t need them when her husband does not wear them. She upholds the respect of Shri Ram and turns away all the comforts, and follows him plain clothes and a heart full of love, which pleases Shri Ram the most.

It is not an easy life for her in the forest, but she spends her time in the affectionate company of Shri Ram and enjoys her life in the forest. The most difficult time comes for her when she gets kidnapped by Ravan. Her life takes an unexpected turn and she is overcome with grief and sorrow. Yet, she does not lose faith in Shri Ram and trusts him completely that he would come to take her back. Ravan shows her many riches, threatens her for life, and does many tricks to subdue her, but Mata Sita stands as firm as a mountain with all her love devoted to her husband. She treats the mighty Ravan as equal to a tiny blade of grass and hits his pride and arrogance.

After Ravan’s death, when her chastity was put to test, she withstood it rather than accept a life of blame. She accepts Shri Ram’s decision of undergoing the trial of fire as she believed that her husband’s integrity is hers too and she would overcome the trail with her faith and love for Shri Ram. She displays excellent courage and will power and sets a great example of self-respect of a woman in all the three worlds.

Mata Sita always followed Shri Ram’s path of kindness, courage, truth and humility in all aspects of her life. It takes more courage to be kind and compassionate and she was the perfect reflection of Shri Ram in all his virtues.