नाना भाति राम अविारा रामायण साथ कोटि अपारा
As perfectly said by the great Goswami Tulasidas Ji , the story of Shri Ram is not only the life breath of our Hindu Sanatana Dharma, but leads way to people of other countries to follow the path of Dharma too. The Ramayan has been told lakhs of times in different parts of the world like Thailand, Tibet, Burma, Cambodia, Philippines, and Japan to name a few. Although their story is always based upon Shri Valmiki’s Ramayan, sometimes the events of the epic have slight variations, but Shri Ram remains the hero of the story. 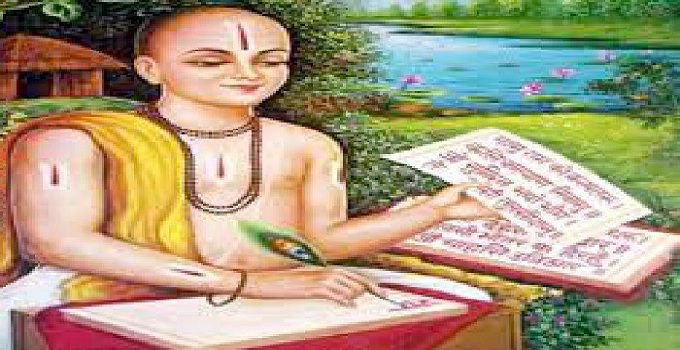 In Thailand, the Ramayan is called Ramakien, and it is also the national epic of their country. The first capital of Thailand was named Ayutthaya, and it is still customary to give their new king, the prefix of Ram before their name as a mark of devotion towards Shri Ram. The greatness of Hanuman is told very prominently in this version and it has a deep influence on their culture and arts.

Ramayan is called the Yama Zatdaw in Burma and is also the unofficial national epic of the country. Shri Ram is pronounced as Yama and Mata Sita is called Me Thida. For the Cambodians too, the Ramayana is an integral part of their life. They call the Ramayan as Ramakerti, meaning The Glory of Ram. This version of Ramayan is popular as their dance form too, and it shows the balance of the good and bad. There are many Cambodian temples too, in which the images of Shri Ram, Mata Sita and Lakshman are sculpted on the temple walls.

In Java and Indonesia, Ramayan is mentioned as Kakawin Ramayan, written in the Javanese form of poetry. It is wondrous to know that this poetry is composed on the traditonal Sanskrit metres. The Japanese people too believe in the Ramayan and they follow two versions of Ramayan which are named Hobutsushu and Sambo Ekotoba. The Malaysian people named their Ramayan as Hikayat Seri Ram. They believe in the principles of Shri Ram which are mentioned in the epic written during the 13th and 14th centuries.

Going more beyond, the Ramayan is called Maharadia Lawana in the country of Philippines. One of their famous dances Singkil is based on the story of Shri Ram. The temples of Laos too, depict many beautiful sculptures from the Ramayan. It is called Phra Lak Phra Ram which also the national epic of Laos. The Vietnam country has a huge temple dated back to the 7th century and dedicated to Shri Ram in which the whole story of Ramayan is beautifully illustrated.

Ramayan has travelled Far East and West too. It might be intriguing to know that the ancient excavations in Italy have shown images of two men with bows and arrows on their shoulders with a lady accompanying them, a person with a tail bowing to them. This is just a simple example to depict the greatness of Shri Ram crossing borders beyond India and spreading far.

It is no surprise that Ramayan transcends all borders of countries, castes, creed and people and Shri Ram has a global impact on mankind for his righteousness. It demonstrates a simple, but a great vision that Dharma is the same for one and all. Shri Ram remains the identity of the same and will continue to inspire people from different countries and different walks of life.