Dharma is the only one factor which keeps the entire Universe in balance. For this very reason, every being has a responsibility to play in upholding it, and there are no exceptions. This responsibility was aptly taken up by everyone in Ramayan, wherein not only the family of Shri Ram, but even the animals and birds too helped him reach his goal in upholding Dharma. It is very true that without the roleplay of various animals in Ramayan, Shri Ram’s mission would be incomplete. While reflecting their roleand the great moral values they imparted, the beauty of it was the affectionate bonding with Shri Ram and how compassionate he was towards all of them. 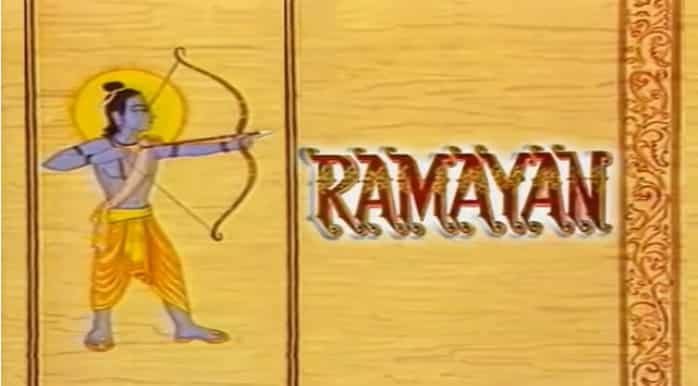 The golden deer captures Mata Sita’s attention, who enamoured by its beauty and sends Shri Ram to catch it. Although the inevitable happens, the courses of events lead Shri Ram re-establish Dharma. The deer is the most important animal in the Ramayan which signifies that all that glitters is not gold and one needs to be away dubious attractions.

The mighty eagles, Jaytayu and Sampati also played crucial roles in the Ramayan. During Shri Ram’s exile at Panchavati, Jatayu befriends him and offers him protection. He gives up his life as a sacrifice while trying to save her from Ravan, and although in pain gives up his life only after letting know the whereabouts of Mata Sita tp Shri Ram. Sampati, Jatuyu’s brother with his far-fetched vision tells the location of Mata Sita to the Vanar warriors when all hope was lost. The help of the two mighty birds denotes that when guided in the right direction, success is bound to come.
The Monkey

Off all the roles played by different animals, the contribution of the monkeys in Ramayan is outstanding. Sugriv with friendship, Hanuman with devotion and Angad with loyalty serve Shri Ram. They search for Mata Sita, find her, build a bridge across the ocean, fight the mighty warriors of Lanka and help Bhagwan Ram kill Ravan get his Sita back. They prove Ravan wrong for his statement of what can mere monkeys can do. They establish the reality that no task is big if one has the determination and trust to achieve it.

Jambavant, the wise and intellectual minister of Sugriv, He motivates Hanuman to cross the mighty Ocean and reach Mata Sita, thus playing a crucial role in the completion of the quest of Mata Sita.mApart from killing mighty warriors of Ravan, he gives valuable counsel to Sugriv and Shri Ram during the war and guides them to victory.
The Squirrel

On the mighty ocean shores, while every Vanar is contributing in building the Ram Setu, a little squirrel runs and starts collecting sand and fills the gap between the rocks. Shri Ram is so very pleased with its work and he gently rubs it on his back. The black stripes on the squirrels we see today are the gentle finger strokes of Shri Ram itself. The gesture of the squirrel indicates that even a small creature can contribute to success, if it has belief and the drive to achieve it.

By their important, selfless contribution towards Shri ERam’s mission, the animals and birds raised to a status of God in the Sanatana Dharma, where man bows to their humble, selfless and courageous attributes.