The Almighty is bound to only one thing in the whole Universe and that is Devotion. When it comes to devotion, there are no high lows, nor rich poor, but only pure faith. In Ramayan, we find such devotees who were born only for the unconditional devotion on Shri Ram. Their devotion has made such an impact that till date they stand as examples of pure devotion and will continue to be remembered in future too.

Shri Ram after being exiled to the forest reaches the banks of River Ganga where he meets his childhood friend Nishadraj Guh. The simple man is overjoyed to see his swami come to his tribal forest and welcomes him warm heartedly. Though Shri Ram does not ask for anything, he tries to offer his best hospitality. He brings fruits and tubers from the forest, makes a bed out of leaves so that Shri Ram would not sleep on the bare ground and tries to make it as comfortable for him. He accompanies Shri Ram and others till Yamuna and cries like a child when Shri Ram leaves him and goes into more interior forests. It was nothing but pure devotion that Nishadraj had for Shri Ram which reflected in every action of his.

The boatman Kevat only had a single and a simple wish and it was to wash the divine feet of Shri Ram and make his life worthwhile. To get Shri Ram agree to his wish Kevat becomes adamant and expresses a small fear that when a stone could turn into a beautiful woman, then what would be the fate of his wooden boat. Shri Ram gets immensely pleased by his smart thinking and innocent love and agrees for his wish. The simple boatman displays great devotion by his innocent gestures and gets the opportunity of washing the lotus feet of the lord for which he waited for long and yearned for.

It is only a pure hearted devotee who can have the dare to give tasted fruits to the Almighty and feel bliss in it. It was nothing but only the innocent concern of Mata Shabari to give Shri Ram the juiciest fruits that, she tastes them first and gives it to Shri Ram. Shri Ram’s heart is filled with joy for her love and concern as a mother and accepts them as the best offerings he ever had. It only shows that devotion should be never practised as a fear or an obligation, but only with sheer love on God. 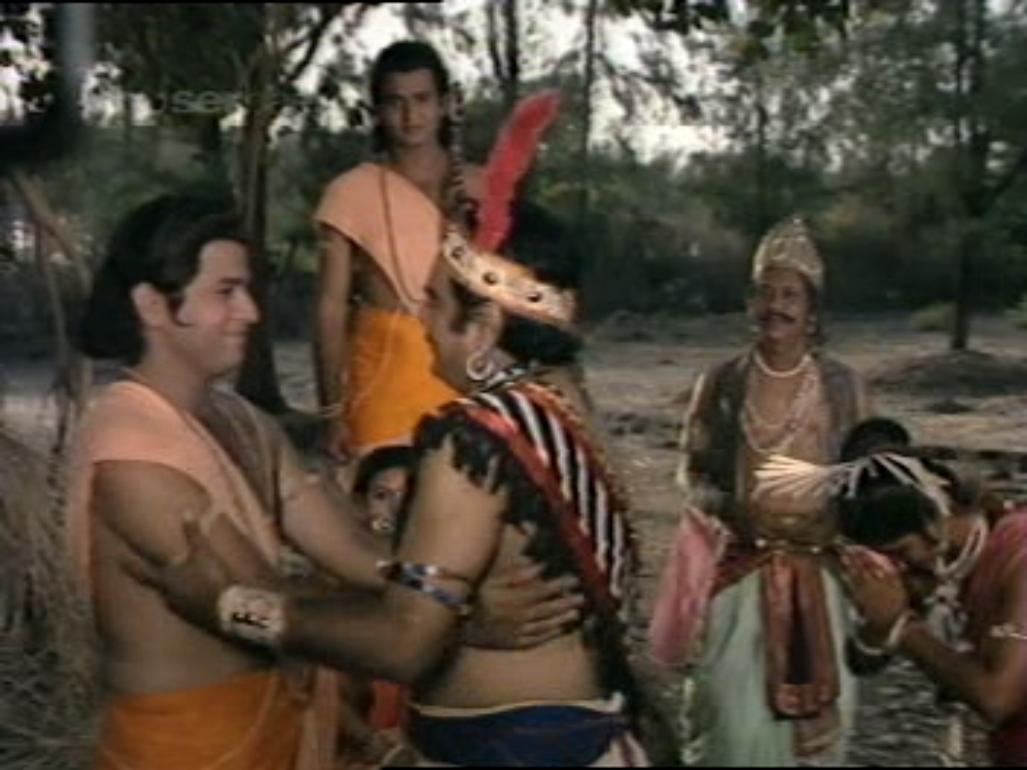 Devotion can be practised even by a small squirrel. During the Ram Setu, a small squirrel has an earnest desire to help Shri Ram and be of some service to him in its life. Not thinking of its size or capability, it does its own effort of rolling in the sand and brushing the sand in between the gaps of rocks with its tiny body. Shri Ram watches it with great affection and gives a loving stroke on its body with his three fingers and accepts it unconditional devotion and blesses the whole of the Squirrel race with his finger strokes imprinted on them forever.

These devotees of Shri Ram were simple beings with no divine powers or high birth nor showed their devotion in a grand way. But, they made a place in the heart of Shri Ram forever in the purest form one can ever imagine.