There are many factors which contribute to a successful mission, out of which team work is the most essential factor. There are many people behind an individual’s success who with their encouragement and support work as the stepping stones in the walk of success. Success can never be credited to a single person but to the people who although are behind and do not share the limelight, yet work for the entire team success. Such noble and great people are reflected as Shri Ram’s army in the Ramayan, who with each of their individual traits were the strength of Shri Ram. 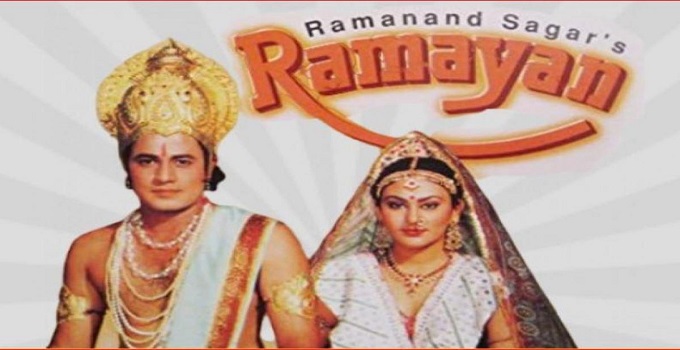 When Shri Ram met Hanuman for the first time, he extends his affection on Hanuman just as he did for Bharat and mentions to Hanuman that Hanuman is as dear to him as Bharat. This makes Hanuman the greatest support of Shri Ram. With all his wisdom, Hanuman encourages Sugriv to befriend Shri Ram, which would not only help him regain back Kishkinda, but also make them the best of friends till eternity. With this great step, Shri Ram and Lakshman who were alone till that moment in the search of Mata Sita become the leaders of millions of Vanar warriors who get ready to lay down their life for Shri Ram. One significant step of Hanuman leads to the unity of the entire Vanar kingdom in support of Shri Ram.

The wise elderly Jambavant who was the minister of Sugriv was another key warrior who helped Shri Ram with both his experience and intellectual wisdom. It was because of his motivation that Hanuman could plunge the mighty waters and reach Lanka. With his foresight he gave valuable advice regarding the war strategies and helped Shri Ram plan the moves of war in the right way. It was only because of his vast experience and might that the entire Vanar Army could work their way to success while combating mighty demons of Lanka.

Angad, the crown prince of Kishikinda was devoted to Sugriv and Shri Ram and fulfilled his duty with prudence and kept motivating his group to keep on looking for Mata Sita. He motivated hi team to never give up hope of searching of Mata Sita. Angad played a significant role in being the messenger of Shri Ram and making Ravan understand that he was not fighting mere monkeys and a man, but an army who stood for Dharma. He successfully instigated the first fear in Ravan’s pride by defeating all the great warriors of Ravan’s court.

While all the Vanar army stood with Shri Ram on one word, the greatest support came from the enemy camp in the form of Vibhishan. Although Ravan was his brother, Vibhishan supported Dharma and sought refuge in Shri Ram. He advised Shri Ram in many wise ways while encountering the demons and paved Shri Ram’s way to success. As the king of Lanka where Ravan demeaned the honour of Shri Ram by abducting Mata Sita, Vibhishan after becoming king returned back Mata Sita to Shri Ram with all due honours.
The secret behind Shri Ram having such a wonderful team was nothing but his belief in Dharma and his stand for truth. When a great man excels with the greatest of virtues, he is supported by the same genre of people who work for achieving his mission and when such a team builds up, there is nothing which can stop them from being successful.