Health is wealth is a popular saying. In today’s times, it is even more apt to say that health is the key to positivity. Good health is the most important factor in man’s life and one has to take care of the body and mind in a proper way to have good life. To celebrate the importance of good health and thanking God for the health bestowed, the Ratha Saptami is celebrated with faith and devotion all through the country. This auspicious day falls today on Feb 19th, 2021. 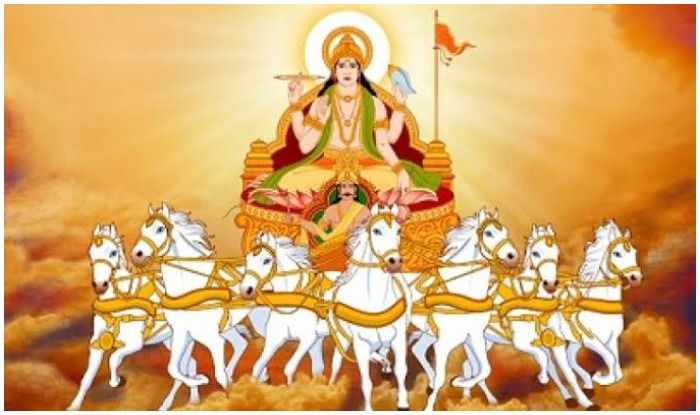 The Ratha Saptami is the auspicious day observed in the honour of the Sun God who is the provider of energy and life to all creation. This is also called as the Arogya Saptami or the Achala Saptami. On this day Surya Dev was born to the pious couple of Rishi Kashyap and Mata Aditi in the Saptami tithi of the Magh Shukla Paksh, and hence also called as the Surya Jayanti. Seated a on a chariot of seven horses which are known to be the seven colours of the rainbow and the twelve wheels as the zodiac signs and driven by his half-brother Arun, Suryadev starts moving towards the north in the North Eastern direction from the day of Radha Saptami.

Suryadev is the only deity who is visible to man’s naked eye, and hence he is also called as the Pratyaksh Bhagwan. He is the one who removes darkness with his rays and brings in radiance into our life. He is the life source of all creation and the one from whom the entire life derives its energy from. Without the Sun God, there would not be any existence of any kind of life, and hence he is offered prayers on the day he was born.

On this day, devotees take a dip in the holy rivers and waters and offer their salutations to Surya Dev for good health and to be free of all kinds of diseases. It is believed that one can get rid from the sins they may have committed knowingly or unknowingly through words, actions and deeds in the present and the previous birth by taking a holy bath on this pious day. The Atharvana Ved mentions that Surya Dev should be worshipped facing east at Sunrise so that the first rays of the morning sun fall on the body and provide all the essential nutrients and natural immunity required for the human body.

However, for those who are unable to make it to the holy rivers take a holy bath at home while reciting the Surya Mantra and invoking all the holy rivers in the mantra. After the ritualistic bath, devotees offer Arghya (water) to the Sun God. After Arghya is performed, they offer their prayers by litting ghee lamp and camphor while chanting the Surya mantra.

The worship of Surya Dev boosts energy and promotes good health. Surya Bhagwan is also a representation of success and confidence which is signified through his unending journey barrign all

clouds of storm and weather and doing his duty without any break or obstacles. Worshipping Surya Dev provides peace and harmony in life by eliminating the negative effects of all the Graha Doshas. The Ratha Saptami is hence special as it removes ignorance and darkness of mind and body and makes our soul connected with the positive energy and faith of the Almighty.