In the creation of Almighty, everyone is unique with their own role to play for maintaining the balance of the Universe. If a brahmin’s knowledge is important for learning, then a cobbler helps us gives protection to our feet. If a cow gives energy in the form of milk, so does the cock in letting us know the day and night. The Almighty depicted this equality through many of his Lilas that there are no differentiations when it comes to mankind in terms of high, low, rich , poor, caste and creed. The Aswamedha Parv of the Mahabharat denotes the story of Shri Krishna and Rishi Uttanka in the same genre. 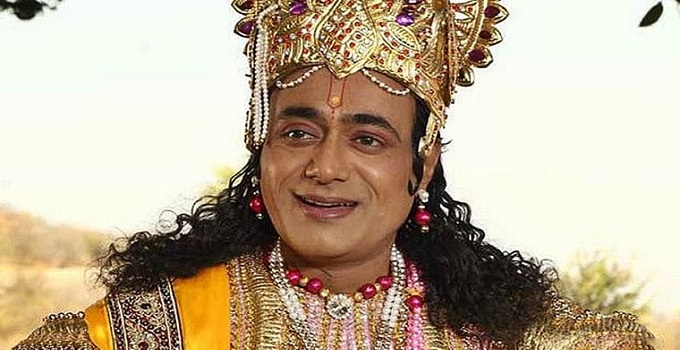 After the Kurukshetra war was over, Shri Krishna was returning back to Dwaraka. On the way, he came across the wandering sage Uttanka. Both greet each other cordially and Uttanka asks as what was the news as he did not have any knowledge about the Kurukshetra war. When Shri Krishna mentions to him about the war, Uttanka is deeply disturbed and in anger rebukes Shri Krishna for not stopping the war. Shri Krishna understands his agony, but reveals to Uttanka the need of retaining Dharma and shows Uttanka his Vishwaroop to understand his incarnation purpose. Then, to soothe him further, Shri Krishna asks for a boon. Uttanka mentions that as he was always wandering, he asks Shri Krishna to grant him with water whenever he felt thirsty. Shri Krishna grants him the boon and both depart.

Utanka continues his travels reaches a desert. He feels thirsty and thinks of water. Understanding that his devotee wanted water, Shri Krishna asks Devraj Indr to grant Uttanka with nectar so that thirst would bother Uttanka anymore. But Indr refuses it to give it to mortals and says that he would test Uttanka as a chandal (untouchable) to test his compassion for all humans. Shri Krishna agrees and Indr comes in the form of a chandal with a small water pot to Uttanka. Seeing Uttanka’s thirst for water, Indr offers him water from his pot. But, Uttanka refuses to take it as he was a chandal. Even after Devraj Indr insists few more times, Uttanka refuses to accept water from him and the chandal dissappears. It is only after this that Uttanka realises his mistake that there was no human in the desert and it was Shri Krishna who had sent water to him through the chandal. Uttanka feels bad and repents for his mistake.

Then, Shri Krishna appears in front of Uttanka and mentions that the chandal was none other than Devraj Indr with Amrit, but Uttanka with his false pretentions of inequalities had refused it losing a chance to become immortal. Uttanka falls at the feet of Shri Krishna and asks him for forgiveness. Shri Krishan pardons him and grants him a boon that whenever Uttanka travelled in a desert and needed water, clouds would appear in the sky and rain showers on his bidding to quench his thirst. Thus, while teaching the lesson of equality, Shri Krishna also kept up his word for the boon given to his devotee.