According to Astrology, there are hundreds of planet and each one has its own role and importance. One such important and the impactful planet is Rahu. It is considered as the shadow planet and the results achieved through the planet are influenced by the current position and companionship with other planets as per the horoscope belief.

What exactly is Rahu?

As per astrological consideration, it’s not physical but it has high importance in Vedic astrology and it also holds significant importance in Hinduism. Ketu also comes under the part of Rahu that is the reason they are named together. Together, they eclipse Sun and Moon.

According to the Vedic beliefs, Rahu planet is viewed as a grim Planet and it results in harsh actions like harsh talking, skin problems, wrong associations nad more. As per the astrologers, the horoscope where this planet occupies space is an unlucky place or it is also known as a sign of a weak luck factor. 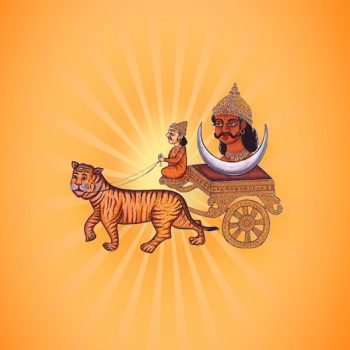 However, in Vedic astrology, planet Rahu does now have any kind of sign as compared to the other planets. It is located at the high on Gemini and low in Sagittarius.

According to the astrology, Rahu planet is the owner of constellations Adra, Swati, and Shatabhisha out of a total of 27 constellations. As per the Vedic Hindu calendar, when the influence of Rahu falls on Earth, the day is considered inauspicious.