Knowledge created by the Almighty is imparted to mankind through the great Rishis who are the means of communication to understand God. The word Rishi means the person who imparts true knowledge. There are seven Rishis for each Manvantara. The Saptarishis for this Manvantara are Rishis Kashyap, Atri, Vashisth, Vishwamitr, Gautam, Jamadagni and Bhardwaj. 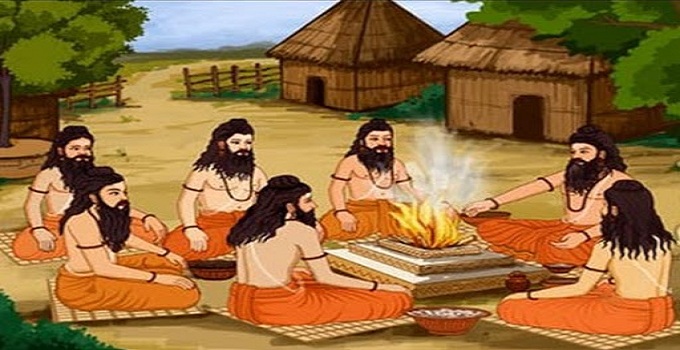 Rishi Kashyap is the son of Sage Marichi. Rishi Kahsyap was married to the thirteen daughters of Daksha Prajapati namely Aditi, Diti, Kadru, Danu, Arishta, Surasa, Surabhi, Vinata, Tamra, Krodhavasha, Ira, Vishva and Muni. He is the father of Devas, Garud, Asuras, Nagas, Gandhravas and all humanity. He composed the Kashyapa Samhita which deals with engineering skills.

Rishi Atri is a Brahma Manasa Putr and was assigned by Brahma the task of creating life on the planets. The Rig Veda mentions Atri Samhita which is hymns on Agni, Indr and various other deities. His wife Anasuya is also one of revered woman for her chastity and devotion towards her husband. The couple is well known for their hospitality to Shri Ram, Mata Sita and Lakshman during the time of their exile. The great sage Durvasa is the son of Rishi Atri and Anasuya.

Rishi Vasisht is a Brahma Manasa Putr and well known as the Guru of Shri Ram and his brothers. He is the chief among the Saptarishis. Rishi Vashisth is the author of the Yog Vashisth which elaborates on the importance of the soul, its birth, journey and liberation from the universe. This was exclusively taught by Rishi Vashisht to Shri Ram.

Rishi Vishwamitr is a king transformed into a Brahmarishi. He is the composer of the Gayatri Mantra which is chanted by all as a source of energy in life. Rishi Vishwamitr was the one who imparted the divine knowledge of weaponry to Shri Ram and Lakshman which enabled them to destroy evil forces of Ravan and his demons.

Rishi Gautam is the husband of the beautiful Ahalya, created by Brahma. Ahalya was turned into a stone because of the deceit of Indr, and was redeemed by Shri Ram. Rishi Gautam was the father of Anjana, who is the mother of the mighty Hanuman. Rishi Gautam’s son Shatanand was the family priest of Mithila. Rishi Gautam is credited to compositions of hymns in the Sama Veda.

Rishi Jamadagni was famous for acquiring the knowledge of weaponry without any formal training under a guru. He was married to Renuka, the daughter of King Prasenjit, of the Suryavamsh. They had five sons, and Parashuram the sixth incarnation of Bhagwan Vishnu was the youngest one. An interesting story of Jamadagni is when he was angry on the Sun god for troubling mankind with excess heat and shot seven great arrows at him. The Sun God sought refuge with the Rishi and gifted mankind the sandals and the umbrella to deal with the heat. 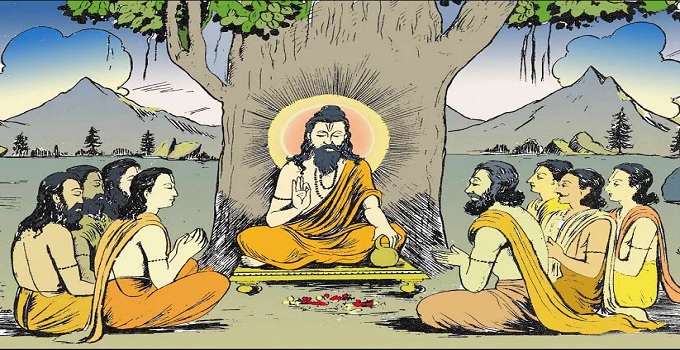 Rishi Bhardwaj was the son of Brihaspati, the preceptor of Devatas. He was a renowned scholar in Vedas and an ancient physician. Learning medical skills from Devraj Indr, the modern test tube babies was way long invented by Rishi Bhardwaj when he gave birth to Guru Drona in an earthen pot, thus defining Indian medical skills in the ancient times itself.

The efforts, knowledge and spiritual power of these great Rishis have been the very foundations of mankind to prosper. They dedicated their knowledge to the wellbeing of humanity and with their selfless service are honoured a place in the Sapta Rishi Mandal as the shining stars in the sky.