Arjun the Pandav was an invincible warrior who never knew what defeat was. It was all the blessings of Shri Krishna which made him so powerful. However, even the strongest ones also sometimes get influenced by pride and it at that time that a divine intervention is needed. There was one such incident when Arjun overcame with thoughts of pride and it was the task of Shri Krishna and Hanuman to teach him the valuable lesson of humility. 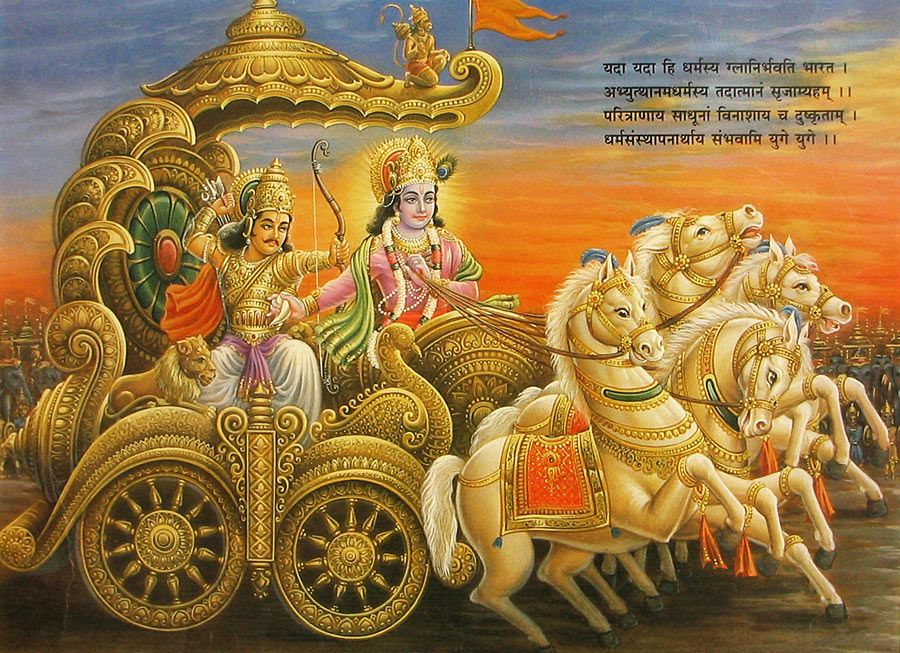 During one of his trips to Dwaraka, Arjun and Shri Krishna were relaxing and discussing about various topics of Dharma. Discussing various warriors, Shri Krishna told Shri Ram that the Ram Setu built by the Vanar warriors was the greatest task achieved and there was none of them who could surpass that feat. Arjun with pride said that he could make a bridge even stronger than the Ram Setu with  his arrows itself. Shri Krishna understood that Arjun needed a lesson to be taught and asked him to dos so. They both reach the ocean and Arjun starts building the bridge with the arrows. At that time, an old monkey comes there and asks both of them as to what was happening. Arjun proudly replies that he was building a bridge which would be more powerful than the Ram Setu. The monkey starts laughing loudly at this and says that it was an impossible task. Arjun gets furious and says that the monkey could test it for himself once it was done to which the monkey agrees.

Once the bridge was complete, Arjun asks the monkey to step on the bridge and check its strength. The old monkey goes near it and presses it with its finger and the bridge collapses. Arjun is shocked, but without accepting defeat builds another bridge with stronger arrows. The monkey steps on it and walk a little distance and the bridge collapses. Arjun tries again, but even after many futile attempts, his arrows are unable to build a bridge which is strong enough to hold the old monkey’s weight.

Shri Krishna who was watching all this silently till that moment , comes and asks Arjun that if his arrows could not bear the weight of one single monkey, then how it could be as powerful as the Ram Setu on which millions of monkey warriors with great strength marched across and reached Lanka. Arjun realises the strength of Shri Ram and his army and repents his pride. He goes to the old monkey and asks for its forgiveness, when the monkey reveals its true from of Hanuman.

Hanuman blesses Arjun and said that he could not bear the insult on Shri Ram and hence he came as an old monkey to make Arjun understand the power of Shri Ram and also let him know that a true warrior is always humble and never boasts of his strength. Hanuman also lets know Arjun that his real power lied in the blessings of Shri Krishna and it was because of his benevolence that Arjun had got his immense strength. Arjun with great humility accepts his mistake and bows to the two divine personalities who taught him how to be true warrior with the quality of humility.