Rishi Durvasa was known for his anger and quick temper. All the worlds feared him because of his temperamental moods. Apart from his quick temper, he also was known for testing the virtues of people and putting them to test in various ways. One such time was when he put Shri Krishna to test is a less known, but an important story of the Bhagavata Puran.

Once during the discourse sessions of  the sages in the forest, all sages gather together and discuss about the virtues of Bhagwan Krishna and how he was playing a great role in bringing back Dharma of the worlds which was dominated by evil doers. Rishi Durvasa curiously listens to all the greatness of Shri Krishna and decides to test him. He immediately pays a visit to his city Dwaraka and calls upon Shri Kirshna. Bhagwan Krishna and his consort Rukmini are very pleased to see the great rishi and welcome him with due honours and offer him hospitality.

Shri Krishna and Rukmini themselves do all services to the Rishi so that he wouldn’t have any kind of complaints or inconvenience during his stay at Dwaraka. Although the Rishi is pleased with their dutifulness, he decides to test their patience. After having his meal, Rishi Durvasa is offered Kheer as dessert. But instead of eating it, he calls upon Shri Krishna and asks him to apply the sweet porridge all over his body. All are surprised and shocked to hear this strange order. But Shri Krishna smiles and applies the kheer all over his body. 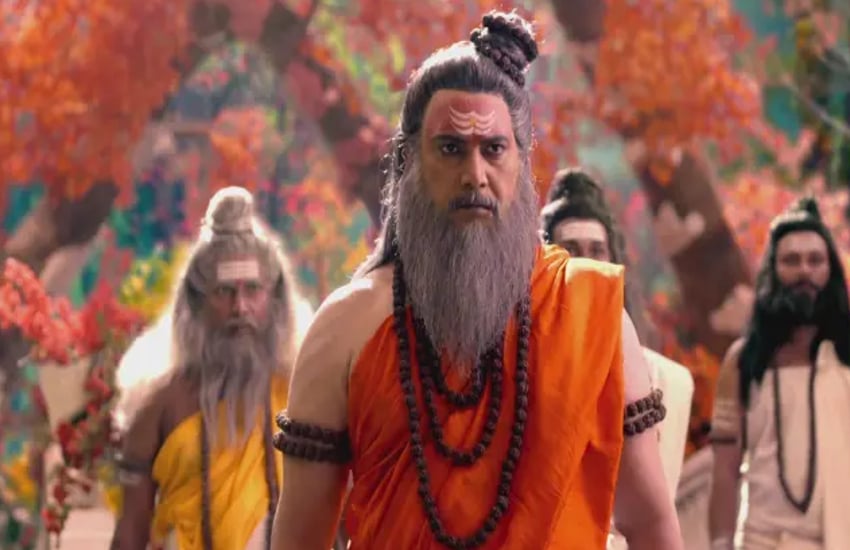 Rishi Durvasa is stunned by the humility of Shri Krishna for having pulled the chariot with so much effort without any complaints. He asks Shri Krishna to stop the chariot and mentions to him that he put this test to test the patience of Shri Krishna. Immensely pleased by Shri Krishna’s humility, he gives a boon to him that his whole body wherein he applied the kheer would become invincible and no weapon could harm him. However, Shri Krishna leaves a part of his heel without applying the kheer accidentally and hence his heel becomes vulnerable to weapons. Hence, during his leaving the world, he gets hurt by the arrow on his heel and leaves his mortal body. Thus Shri Krishna stands up to his greatest test of humility and makes Rishi Durvasa’s pride look small in front of his simple humility.