In the world of both good and bad, the good is patient, calm and understanding and the strength of Dharma, where it does not act till the right time has come to stop the evil forces. Shri Krishna in his Lila Avatar strongly sends this message that being tolerant is necessary, but not beyond a point, when he punished the King of Chedi, Shishupal proving that he is God for the good, and death for the evil forces.

Shishupal was the son of Damaghosa and Shusravata of Chedi Kingdom. Shusrvata was the sister of Vasudev and Kunti, and Shri Krishna’s aunt. At the time of birth, Shishupal was born with four hands and three eyes, but it was prophesised that the extra two hands and the third eye would disappear when the one who was destined to kill Sishupal would carry him in his lap.

A few days after Shri Krishna killed Kams he called upon his aunt and took the child Shishupal into his lap. Immediately the hands and the third eye disappeared. Shusravata requests Shri Krishna to be kind and forgive all the offences Shishupal would commit and not kill him. Shri Krishna promises his aunt that he would forgive Shishupal’s hundred mistakes but not one beyond that point.

After becoming the King of Chedi, Shishupal befriends Jarasandh and Rukmi who were arch rivals of Shri Krishna. Rukmi wanted his sister Rukmini to be married of to Shishupal for a strong political alliance, but fails as Shri Krishna carries his heartthrob Rukmini and they both get married. Since then, Shishupal’s hate grows for Shri Krishna.

After few years, Yudhshitir conducted the great Rajasuy Yagn at Indraprasth and invited all the kings of the land for the auspicious ceremony. On the last day, Yudhisthir decides to felicitate Shri Krishna as the honoured guest of the Yagn. Though all of them heartily agree, Shishupal who was among the invitees immediately condemns this and starts insulting Shri Krishna. With arrogance, he abuses Shri Krishna as the one who is not worth of any respect.

All are shocked by this rude behaviour of Shisshupla and even more surprised that Shri Krishna was silently listening to the senseless talk of Shisupal. In the court, Shishupla goes on blaming Shri Krishna for being born in a low caste and a cowherd and also a coward as he was not even replying back to his words. When Bhishm who was present in the court condemns Shishupal, he insults Bhisma too. That was the hundredth sin which Shishupal committed and Shri Krishna knows that it is the time to break his silence and act. 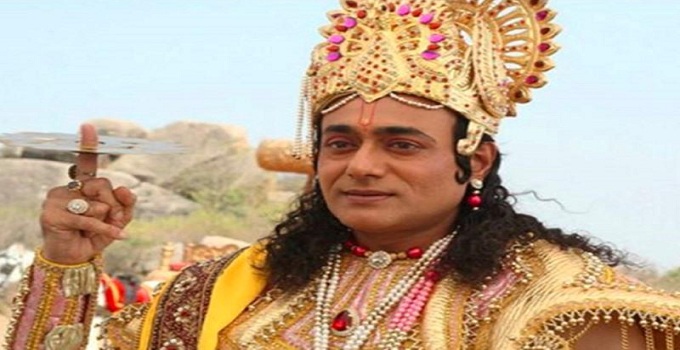 Shri Krishna then mentions to Shisupal that he was tolerant to his insults not because he was a coward, but because of his promise given to his aunt. Shri Krishna then says that as Shishupal had committed his hundredth mistake, he deserved death penalty now as it is equally wrong as committing a sin to tolerate bad beyond a point. Thus saying Shri Krishna sends his Sudarshan Chakr and kills Shishupal.

Shri Krishna gives out a very important message that being calm and tolerant is not cowardice, but the strength of the good. The evil can talk, insult, act and condemn the good, but can never take it for granted. Tolerance is good but not beyond a point and in some point of time, the bad deserve to be taught a lesson.