When it comes to reminiscence of pure devotion, the foremost one who comes to our mind is Shri Hanuman. Hanuman is the great warrior who credits all his laurels to the faith of Shri Ram and as a blessing of Shri Ram. Hanuman is one of the incarnations of the Ekadasa Rudras, who was born out of Bhagwan Shiv to aid Bhagwan Vishnu in his battle against Ravan. However, Hanuman was just not born for that but to remain as one of the greatest devotees of Shri Ram and be an example of courage and confidence for all mankind. 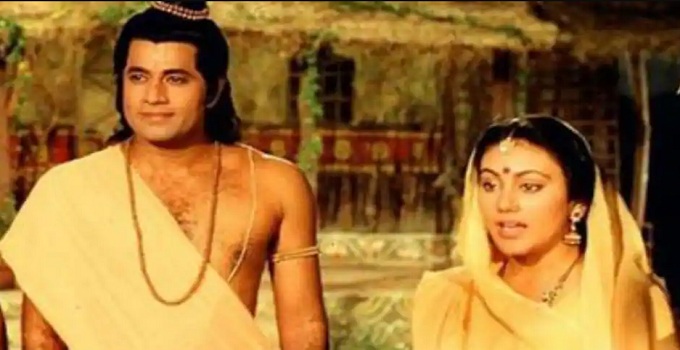 It was only Shri Ram who could fathom his devotee’s love towards him and always considered him as dear as his life. Right from the moment when Shri Ram meets Hanuman at the Rishymuk Mountain, Hanuman devoted his life to the service of Shri Ram. Mata Sita adored Hanuman as her son as she always knew that if it was not for Hanuman, there was none who could see her plight in Lanka as a captive of Ravan. Shri Ram knew the greatness of Hanuman who had the power to rule the entire world, yet chose to remain Shri Ram’s humble servant. However, what Shri Ram and Mata Sita knew about Hanuman was glorified to the entire world during the coronation ceremony of Shri Ram as the King of Ayodhya.

After the coronation of Shri Ram and Mata Sita in Ayodhya, all those who have come to witness the festivities were honoured and bestowed with numerous gifts by Shri Ram. Mata Sita who was silently watching all this saw Hanuman standing calmly to a side and witnessing the whole event. Mata Sita remembers the time when Hanuman first met her in Lanka and she had nothing to give him, but now she thinks to give Hanuman an appreciation token out of the love of a mother and calls for him and gifts her precious pearl necklace to him. Hanuman is first surprised at this gift, and then calmly accepts it as he never goes against the command of Shri Ram or Mata Sita. But he then starts pulling out each of the pearl from the necklace and starts to search for something in them and then throwing them away. All in the huge assembly are surprised at his behaviour that Hanuman was throwing away a gift by Mata Sita and wonder what Hanuman up to is.

Shri Ram who was looking at Hanuman smiles at the behaviour of Hanuman understanding the reason behind it, however asks Hanuman the reason behind his action. Hanuman very humbly answers that as Shri Ram and Mata Sita are present in every minute particle of the universe, he was wondering whether he could see them in the pearl necklace, and hence he was pulling it apart. Then Hanuman requests both of them, he would like to adorn Shri Ram and Mata Sita in his heart permanently instead of the pearl necklace adorning him and that would be his greatest gift. Immensely pleased by his pure devotion, Mata Sita grants him the boon and when Hanuman pierces his chest, the entire world sees the images of Shri Ram and Mata siata embedded in his heart. Thus, Hanuman is one of the humble devotees who adorn the devotional pearls of Shri Ram and Mata Sita in his heart which shine as his precious jewels.