Man is bound to different relations right from the time he is born. It is these relations which make his personality, define his character and test his determination through which he goes through different modes of joys and sorrows in life. There might be many ups and downs in life, but the one who maintains these relations sustains in the balance of life in the right way and one of the perfect icon who maintained this balance all his life is Shri Ram. 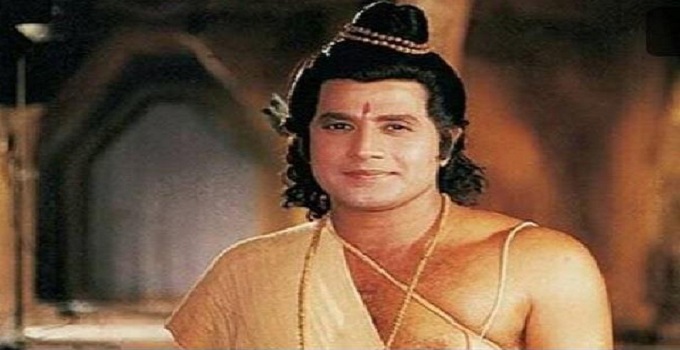 As a son – Shri Ram was the adorable child to his parents. When the foundation of a child is laid on the values of truth and courage, then the child goes on to a beacon of light in the path of Dharma. Shri Ram doesn’t let down his parents at any point of time in his life, although he underwent a number of adversities in this course. As a dutiful son of his father, he kept up his promise of fulfilling the exile term even after Maharaj Dasarath’s passing away and honoured his word and had all the heart to never hold a grudge against Mata Kaikeyi. He simply defines that children have the first responsibility to abide to the parents who give them an identity and name which is the most important.

As a brother – Sibling love is the greatest strength given by the Almighty in a family, and Shri Ram gave all his love to his brothers. When there is a strong bond of affection, trust and love among siblings, then they stand united for the whole life. Shri Ram never showed superiority as the eldest sibling, nor spoilt his brothers but achieved the perfect balance by guiding them as a preceptor. The affection was duly fulfilled when Lakshman accompanied Shri Ram in servitude, and Bharat and Shatrughan devoted all their life to the fulfilment of the ideals of Shri Ram all their lives. Shri Ram’s belief in them made them united to fight an evil minded Manthara and also to stand together even when separated for the cause of Dharma.

As a husband – Mata Sita was the inner soul of Shri Ram and he gave in all the love and affection to their relation to be strong. Be it the comforts of the palace or the difficult life in the forest, they stood for each other. It was the respect he gave to her honour that he traced her to Lanka and fought the greatest battle on earth to release her from captivity. He was never loud in expressing his love to her, yet his dedication of never eyeing another woman, in spite of being a king, says it all as to how devoted he was to Mata Sita.
As a friend – it is because of the compassion Shri Ram had for all that a monkey king could become his best friend, a brother of the enemy could become his trust in aid and a tribal king could be his ever faithful devotee. Shri Ram was way ahead of his times and for him to be a friend, only the person mattered, and never the norms of the society. With his compassion for all, he glorified Sugriv, Vibshishan and Nishad Raj Guh as the friends to be remembered by mankind in all times.

Shri Ram never compelled any relation to do things for him, but was there for them in all times. He defined that when relations are taken care without any conditions, then all conditions of life become favourable in a human’s life.