When a life is created and born, there comes attachment along with it in the form of love, care, joy sorrow, all which defines life. However, as important as caring for the little attachments of life, equally important it is not to get carried away with them. This balance of being attached and yet detached is depicted beautifully by Shri Ram in Ramayan. He is the divine persona who is dear to all and who cares for all, yet balances both balance of joy and sorrow in the same stride. 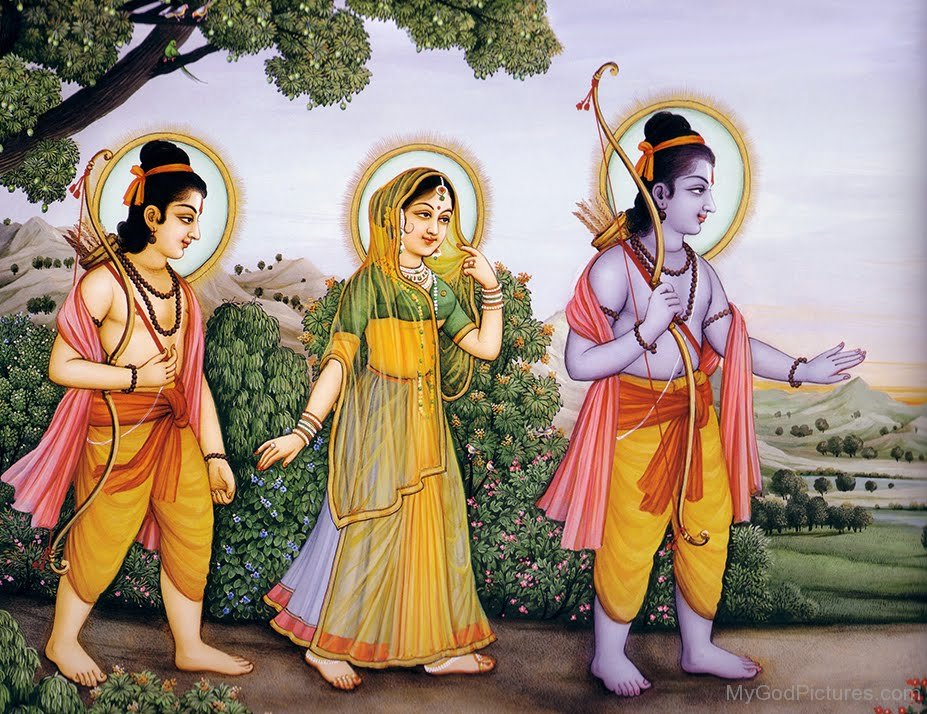 As a son –Shri Ram is the life of Maharaj Dasarath and their bond is a very special one. Not only on his mother Kaushalya, he has the same respect and in fact is more attached to his step mother Kaikeyi. But this attachment does not come in between when it comes to fulfilling his father’s promise and without a single moment of resentment, Shri Ram leaves for the forest along with Mata Sita and Lakshman. He does not feel bad that he is separated from his family, but goes with a determination that his family’s fame should never be tainted. This detachment of his own comforts for the sake of his parents makes him dearer to all.

As a brother – Words are not enough to express the love of Shri Ram towards his brothers. As much as Lakshman is his inner soul, so are Bharat and Shatrughan. When Kaikeyi mentions to him that she wants Bharat to be crowned king, he gets detached physically from Bharat and Ayodhya leaving him a huge kingdom to rule. But the detachment is not out of jealousy or hatred, but out of love and affection for his brothers. It is because of this that he successfully clears the doubts of Lakshman on Bharat and makes them all stand together for the cause of Dharma

As a prince – As a prince, Shri Ram’s duty is to protect his people and serve them. He wins the heart of all the people of Ayodhya with his sweet and gentle behaviour. With his attachment towards them, he is able to convince the people from rebelling and explaining the importance of keeping up a word, but at the same time, does not get detached from his duties in the forest. In his new role, he protects the Rishis of the Dandak forest from the demons and also blesses his devotees waiting for him since eternal times and creates new attachments of devotion

As a husband – Mata Sita is the lifeline of Shri Ram and deep is their attachment for each other.  They both suffer a great deal during their separation and live each and every moment in thoughts of each other. He bridges an ocean, fights a great battle with Ravan and takes her back expressing his love for her. But after his coronation, when he has to leave Mata Sita for the sake of blasphemy, he gives importance to detachment of his personal happiness and prioritises his duty as a king which Mata Sita completely understands. She is more worried that Shri Ram suffers from her separation than her own life in Rishi Valmiki’s ashram. As a king, Shri Ram detaches himself, but he never leaves the love for her in his heart which is seen through the golden image of Mata Sita always by his side. Shri Ram is that saintly king who attached to all with his love and affection but also detached as a saint for the cause of Dharma.