Pains and pleasures are the common factors of life. Pleasures and happiness are the beautiful moments of life which make us smile and keep safe the memories in heart. So is pain that although one overcomes it, still there remains a trace of it somewhere in life. However, wisdom says to let go of the grudges and move ahead to new frontiers. It is a courageous person who lets go instead of hanging on it. This is beautifully depicted by Shri Ram in hi life, wherein he never took to grudges in life and moved ahead doing his duty. 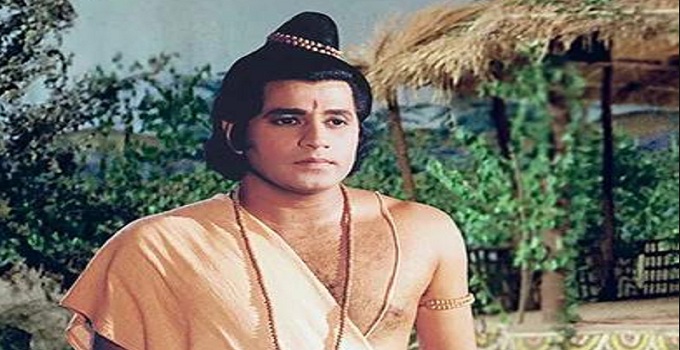 Shri Ram was wronged by people in life, but he never held any grudges. Queen Kaikeyi loved him the most and yet she was the one who sent him to exile for no fault of his. For this very reason of being separated from his son, Maharaj Dasarath too breathes his last and the family falls into chaos. When Shri Ram hears to this through Bharat, he is grief struck, but being the wise one, composes himself. He does his duty as a son, but at the same time does not chide Kaikeyi as the reason for all the disturbances. He holds no grudges against her, but only loves her as a son. Not only does he overcome the situation, but also convinces Bharat to move ahead and administer the kingdom. He successfully puts the disturbed family and kingdom into order even though he is in the exile. Shri Ram teaches that in a family, disturbances do occur, but instead of having grudges on one another, it is important to let go of grudges to keep the family united.

The greatest wrong doer for Shri Ram was Ravan. In spite of being a scholar, a great warrior and also many wives who loved him the most, Ravan falls for Mata Sita and abducts her. Shri Ram had to undergo endless difficulties to reach Mata Sita. He loses his dear friend Jatayu too, who sacrifices his life while trying to save Mata Sita. Shri Ram after a futile search finally reaches Lanka. But, before starting the war, he sends Angad for a peace treaty with Ravan. While all are surprised, Shri Ram tells that though Ravan has wronged him, bloodshed and war was not advisable anytime and he preferred peaceful and honoured return of Mata Sita. In spite of being the sufferer, Shri Ram prefers not to hold a grudge on Ravan and rather focus on saving the lives of many on both the sides.

But Ravan’s ego did not agree and war was inevitable. With unsurpassed valour Shri Ram defeats and killsRavan . After Ravan’s death, as a true warrior and due respect, Shri Ram comes and bows to the mighty Ravan who was known for his valour and knowledge. Shri Ram proves that the enmity was finished with the death of Ravan and there were no grudges between him and the people of Lanka. He orders for the last rites to be performed in due honour to Ravan. He gives Lanka to Vibhishan and establishes order in the kingdom and returns back to Ayodhya.

Shri Ram by his tolerance gives an example that a wise person sets right the wrong action which has happened in his life, but later on does not carry it forward its grudge in life so that he can achieve new heights of success and look towards a new life.