Being calm, humble or silent is not the sign of weakness as defined by many. As the weak have the greatest support of the Almighty who helps them gain victory over adversities. Ramayan is a reflection of the same and Shri Ram in his arduous tasks of life saw to that the oppressed were protected by him, thus making it clear that he is the protector of the weak, but at the same time believe in Dharma.

In his time spent in the forest, Shri Ram devoted all his time in protecting the rishis of the Dandak forest from the atrocities of the demons. Mata Sita questioned him whether it was right for him to take up weapons while leading the life of ascetics. Shri Ram replies that he is a Kshatriya first and his duty is to protect those who are harassed in unjustified means. Great Sages like Atri, Sharabhang  and Agastya bless and lead him in the way beneficial to Dharma. With a direction given by them,  Shri Ram becomes the protector of all the Rishis of the Dandak forest till the Janasthan, thus doing two things at one time. One giving the happiness of his darshan to the rishis and the other, sending a warning call to Ravan that the protector of Dharma has arrived.

After Mata Sita is abducted, Shri Ram and Lakshman go in search of her and reach Rishyamuk where they meet Sugriv and befriend him. Shri Ram sees the plight of Sugriv and promises him to gain him back the kingdom of Kishkinda and his wife Ruma. Bali when compared to Sugriv was a greater Vanar in strength. He could have easily helped Shri Ram in the search of Mata Sita. But Shri Ram choses to help Sugriv, not with a condition that he expects a return help from Sugriv, but because of the reason that Sugriv was oppressed by Bali for wrong reasons. Being the ideal family man, Shri Ram teaches that being united for the cause of Dharma is important and so also is the fight when somebody from the family is oppressed in wrong ways. No matter Sugriv was oppressed when he met Shri Ram, yet the compassionate chose him and protected him because of Sugriv’s adherence to Dharma

After number of futile attempts to convince Ravan to give back Mata Sita to Shri Ram with due honour, Vibhishan fails and he breaks away all the ties from his mighty brother whom the entire world feared. When Ravan neglects all his advice and oppresses him with his ego and arrogance, he refuses to stay with his brother and go against his Dharma. Just as the weak seek the refuge of the Supreme Being, Vibhishan seeks the refuge of Shri Ram. All the Vanar warriors except for Hanuman sense danger coming from the enemy’s camp. But, Shri Ram believes in his Dharma of protecting the one who seeks his refuge and welcomes Vibhishan as a friend. He becomes the greatest support of Vibhishan by freeing from Ravan’s oppression and crowns him the king of Lanka and sets a new path to the people of Lanka to walk under the rightful conduct of Vibhishan. 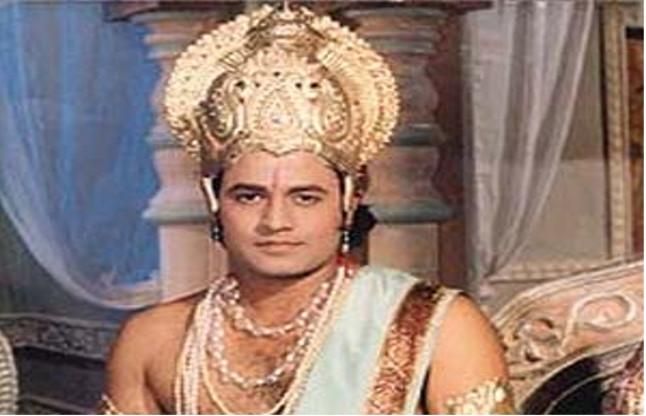 Shri Ram protects the weak and helps them overcome all calamities of life. With trust and faith in him, one learns that facing failure is part of life, but getting up and fighting it makes one strong and all the difference in life.