Mankind believes that it is a difficult and a long way to reach the Almighty and only a few are lucky enough to have the benevolence of the Supreme Being. But the benevolence of the Almighty is so huge that he himself reaches out to the devotees, instead of making his devotees walk the arduous path of reaching him. This is proved beautifully in the walk of Shri Ram to reach his devotees Rishi Sharabhang and Rishi Suteekshan in the Dandak forest. In fact, when one looks at the journey of Shri Ram to the forest, it is more of the responsibility he feels towards his devotees that he undertakes the difficult journey to reach them. 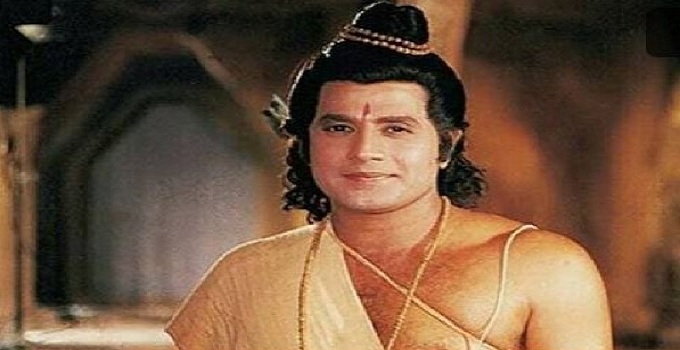 While taking up the responsibility of saving the sages of the Dandak forest, he also walks from one ashram to the other to give his darshan to his devotees who have been waiting for him since times eternal. Rishi Sharabhang was one of such faithful devotee who was awaiting the presence of Shri Ram. When Shri Ram along with Lakshman and Mata Sita arrive at his ashram, Rishi Sharabhang’ joy is out of bounds.

The bond of Rishi Sharabhang and Shri Ram is the bond of pure faith where both of them refuse the benefits granted to them and only remain with affection on each other as the swami and the bhakt. While Rishi Sharabhang refuses to be escorted by Devraj Indr to the heavens, Shri Ram humbly refuses the divine powers which the rishi wanted to grant to him before leaving his mortal body. Shri Ram humbly only seeks his blessings in the path of Dharma and thus proves that belief in self is the greatest quality a human has. Thus, both with their selfless behaviour prove that there are no give and take in devotion, but only faith and trust.

Rishi Suteekshan was the great devotee who was so immersed in the devotion of Shri Ram that he closed his eyes with a desire to see Shri Ram and did not open them till he got a darshan of his swami. When Shri Ram stands in front of him, Rishi Suteekshan’s mind reflects with the image of Bhagwan Vishnu and he realises that his penance has borne fruit and opens his eyes. It is because of the determination of this humble sage that Shri Ram walks a long way in the forest to give him his darshan. But, instead of being proud of the fact that somebody was waiting for him, Shri Ram with his virtuous nature, instead takes the blessings of the divine sage as a humble man. He accepts the simple hospitality by eating the fruits offered by the sage. There was only pure devotion of the sage and the humble acceptance of Shri Ram which made their bond so special.

Rishi Sharabhang and Rish Suteekshna had the darshan of Shri Ram only once in their lifetime, yet with their pure devotion went to be remembered as the humble devotees of Shri Ram. By granting them his darshan, Shri Ram proves that it is not only the devotee who thinks of him, but it is he who is even more concerned for the devotee and takes all the pain to reach and bless them. When the devotion is selfless, then God himself takes all the pain of the devotees and the simple factors which makes him come to the devotee is trust and faith.