In the Bhagavad Gita, Shri Krishna mentions to Arjun that life has to undergo 84, 00, 00, 000 transformations in order to be born as a human. Because it undergoes so many transformations and then takes the privileged human form, Shri Krishna mentions to Arjun to adhere to Dharma and follow the conduct of being a complete human through mind and soul. This meaning of being a complete human was perfectly defined by Shri Ram who led humans in the path of Dharma without resorting to any miracles or powers, but just with belief in truth.

Walking in the forest – Shri Ram along with Mata Sita and Lakshman sets out on a journey in the forest with a duty towards truth. In spite of being a son of an Emperor, he does not take any support of a chariot or vehicle to make the trio’s journey easy, instead walks miles and miles in the forest barefoot. This was just to prove that as a human, one need not have miraculous powers to face adversities, but determination and trust in oneself is more than enough. Shri Ram teaches a beautiful lesson of humility when being the one who ferries all life over the cycle of birth and death, yet asks Kewat to ferry them across the river respecting his profession. 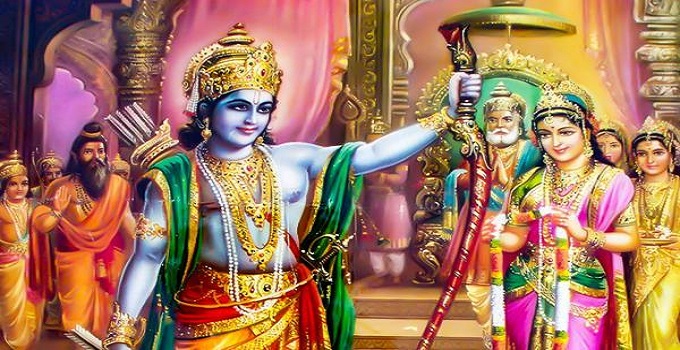 Remorseful for Mata Sita – A human has a taste of all emotions in life, and Shri Ram thinks he is no
exception. Although knowing that Mata Sita’s abduction was for the main purpose of killing Ravan
and establishing Dharma, he yet laments the separation of his beloved, showing the innate quality
that a human has to undergo what is there in his destiny. By starting the search for Mata Sita, he
proves that true love always survives on hope and mankind should never lose hope. Although he is
in grief, he fulfils all the responsibilities of a friend proving that man is the toughest when it comes to
determination and no amount of grief can overcome his will power to succeed. 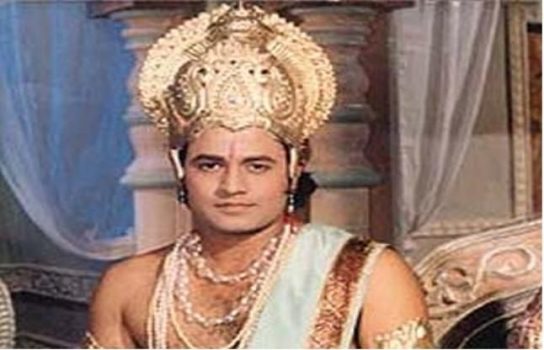 Building a Bridge – While all the Vanar Army believes that Shri Ram would dry the Ocean up for them to pass over to Lanka, but Shri Ram insists on requesting the help of Samudradev rather than showing his true prowess. By building the Ram Setu , Shri Ram teaches that nothing is impossible if faith, trust and belief in teamwork are bounded together and successfully proves the determination of a human.

Battling demons – Lanka is filled with demons adept in sorcery and magic, while Shri Ram’s army believes in their courage. Neither huge Kumbhakarn, nor a magical Indrajeet stands in front of the might of Shri Ram who has the sole foundation of Dharma. With great humility , Shri Ram bows to Garud and thanks him for releasing them from the Naagpaash, although Garud was the eternal servant and the vehicle of the compassionate one. After slaying Ravan, when Brahma Ji and Bhagwan Shiv reveal to Shri Ram that he was none other than Bhagwan Vishnu, it is the humility which makes Shri Ram mention that he would love to be called as the son of Maharaj Dasarath , rather than a god.

All his life, Shri Ram proves in each and every step that one can make the best of life with the help of the virtues of truth, humility , courage and compassion and being born as a human is a blessing indeed.