Out of all the qualities and virtues which make a man complete, Obedience is the one which is the most valuable one. It is well known that how one behaves with others is the best impression made of an individual. This was proved by Shri Ram in the most gentle way where in spite of all the riches of Ayodhya, he preferred the ornament of Obedience to be worn as his valuable ornament. 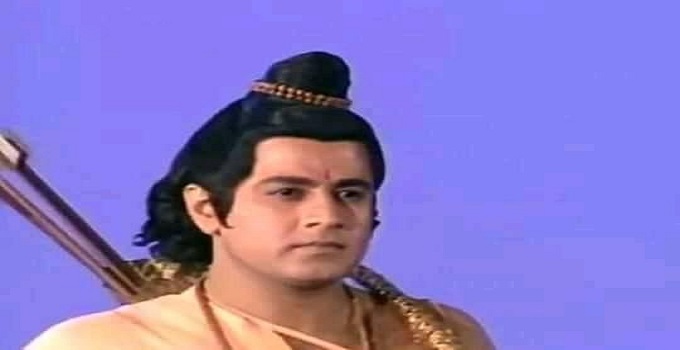 Obedience is one virtue which can be practised by all ages. Right from their childhood, Shri Ram inculcated this discipline. When Maharaj Dasarath asks Shri Ram to accompany Rishi Vishwamitr and help him complete his Yagn, there is no word of objection, fear or attitude in Shri Ram. Along with Lakshman, he dutifully follows the Rishi. He doesn’t complain for walking miles along in the forest with the Rishi, instead enjoys his journey and gains knowledge from his preceptor. When one gets success, there is a mighty chance of getting a superior attitude, but in spite of defeating the demons Tadaka, Marich and Subahu, Shri Ram obediently credit the success to the blessings of Rishi Vishwamitr.

In Mithila, Both Shri Ram and Lakshman do not display any attitude of being great warriors and princes of Ayodhya, but behave as the gentle disciples of Rishi Vishwamitr and serve him by pressing his feet, arranging his needs of prayer and all. A simple incident is that of Shri Ram asking permission of the gardener to pluck flowers for worship denotes his obedience without disparities of high and low. There was none who would object to him as a prince, yet he obeys the gardener for his duty and plucks flowers only after taking his permission.

During the forest days, Shri Ram walks all along to meet the rishis of Dandak forest, When the trio comes visiting Rishi Sharbhang, they see a divine persona entering the Ashram of Rishi Sharabhang, who was Devraj Indr.

Although Shri Ram knew that the pious rishi was waiting for him, instead of rushing inside and breaking their conversation, he obediently waits outside his door till the rishi finishes talking with Devraj Indr which only shows his respect for the conduct of behaviour.

When Lakshman sees a mighty eagle, he believes that it is a demon to attack him and gets ready to counter it, but Shri Ram very gently first finds out that identity of the vulture as the noble bird Jatayu. Very obediently Shri Ram pays his respects to Jatayu and regards him alike his father. It was this simple obedience of Shri Ram that made him dear to Jatayu and he went till the extent of giving up his life for the cause of Shri Ram.

After the death of Ravan, when Malyavaan, the noble grandfather of Ravan comes and offers the entire Lanka to Shri Ram, the compassionate one with great obedience first pays his salutations to the elderly one and gently mentions to him, that he fought for Dharma to prevail, but never to conquer Lanka and gives their city back to them. He never mistreats any of the enemy and behaves with courtesy which makes them understand his greatness.

One might be remembered for his riches, success, fame but one is never forgotten for his or her behaviour. Success, fame, riches, prosperity may stay or elude, but Shri Ram proves that if one adorns the ornament of Obedience , then the one will be remembered forever by mankind.