Dharma is tested and tried in all times and it becomes stronger whenever it is tested and tried. However, those who put it at stake and work out their own selfish means succumb to it paying a heavy price. Just as Dharma stands firm even if there is one person who fights for it, in the same way one person is enough for the entire destruction and Ravan is the best example for this.

While teaching the ideal virtues of humanity through Shri Ram, Ramayan also highlights the factors that will lead to ruin through Ravan. Ravan was a great king with his lineage descending from Brahma Ji, a scholar with great expertise in Vedas and Sastras, an unbeatable warrior with boons from Brahma Ji and Bhagwan Shiv. Yet, he was the one responsible for the doom of Lanka with his ego and arrogance. Ravan is a perfect example to understand that knowledge is not all about being in power, but standing for truth.

The price for Ravan’s sins starts reflecting with Hanuman entering Lanka. The moment Hanuman defeats Lankini and enters Lanka, Ravan’ fate is sealed with defeat. Hanuman not only meets Mata Sita, but destroys the entire Lanka in fire. It is a surprise to Ravan that whom he treats as a mere monkey becomes the greatest threat to Lanka. Ravan digs his own grave by setting fire to Hanuman’s tail which in turn Hanuman uses as his weapon to set fire to the golden city and reduces it to ashes. One learns from Ravan to never underestimate anybody with arrogance, which would lead to the destruction of self.

In spite of several good counsel from Mandodari and Vibhishan, Ravan refuses to give back Mata Sita to Shri Ram and war becomes unavoidable. Ravan starts paying the most valuable price of his sins in the form of losing his sons and family. On by one Ravan’s sons, brothers, relatives and all perish in the battle and Ravan is finally left alone. Yet, Ravan’s ego doesn’t see the destruction caused by his lust and refuses to let go of his false pride. Although in his heart, he knew that he was the reason for his people to suffer, yet does not yield to it because of his arrogance and lets his family succumb to the arrows of Shri Ram and pays an irrecoverable price.

The culmination of Ravan’s sins comes in the form of losing his own life. Even after losing everything, Ravan still does not understand the greatness of Shri Ram and seeks revenge for his kith and kin killed by Shri Ram. Although with mercy Shri Ram leaves him unharmed in his first encounter, Ravan comes back again with the same pride. Dharma is tested, but just as it rises again, Shri Ram rises to be the saviour of all the three worlds from the atrocities of Ravan and kills him. Ravan pays the highest price with his own life. 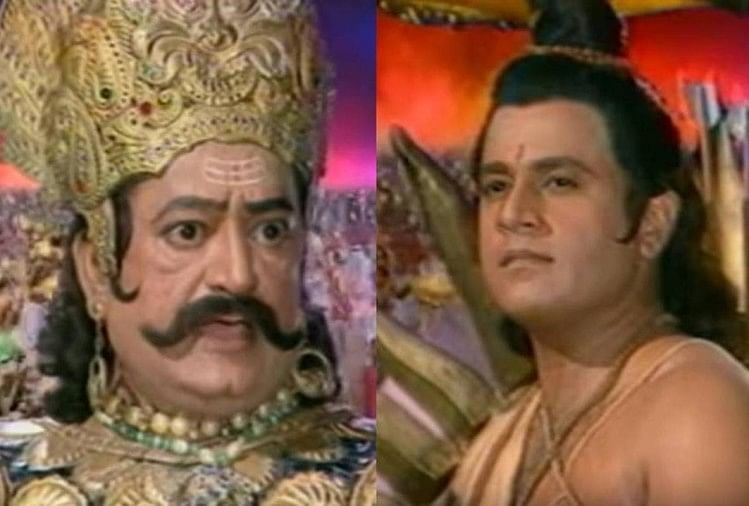 Ravan’ s life gives us many valuable lessons that knowledge is useful only when put in use in the correct means, and ego and arrogance are always the destructive qualities, but never the valuable virtues to be possessed. Ravan led a life of magnificence and was a great scholar and warrior, but even today he is still paying the price of his sins by being the representative of evil in the world.