Out of the various names by which Hanuman is called, he is also called Sundar. The Sundar Kand has its name so because it brings out the purpose, prowess and achievements of Hanuman and in the most beautiful way possible.
Sundar Kand speaks volumes about Hanuman, while teaching mankind the most important lessons of faith and confidence. The faith in Shri Ram is Hanuman’s power. The trust in Shri Ram is his confidence and the belief in Shri Ram is his devotion all which combines together and makes him an unpararalled warrior of Ramayan and an eternal devotee of Shri Ram. 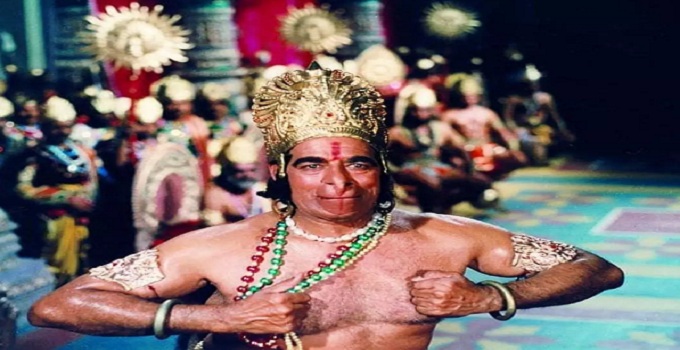 Sundar Kand mentions triumph of good over evil. When one practises Dharma, everything is possible. Hanuman with his huge leap on the ocean personifies faith which can cross barriers and move mountains. Hanuman signifies through his mighty actions that it is the faith of Shri Ram which gives him that strength. Shri Ram practises Dharma, and as his follower Hanuman believes in his swami and his virtues thus gaining abundant energy to do tasks which ordinarily are impossible to achieve.

Sundar Kand teaches us that even there is a solution to each and every problem, only one need to have self-confidence. In even in grave situations, one should not lose hope and calm. Hanuman searches every nook and corner of the city for Mata Sita and at one point of time, gets dejected that she might be even dead. But regaining confidence, he scatters his doubts and starts his search once again and finally finds her. Instead of losing himself to despair, he gained courage from disappointment and pulled back his strength and achieved success.

The approach of Hanuman totally changes after he meets Mata Sita. With her blessings, he becomes doubled of his energy and single handedly destroys the whole of Lanka along with fes of its noted warriors. This action of Hanuman is nothing but the strength one gains through sincere belief in God. Belief in God gives strength to fight grave problems and be successful with flying colours. 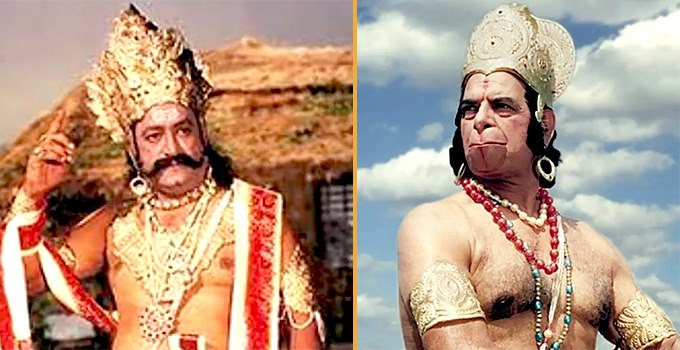 While facing Ravan, Hanuman displays courage. When one is truthful, nothing needs to be feared. In fact it is the adversary who fears. Ravan fears Hanuman as much as he fears Shri Ram. Hanuman not only creates fear but proves the supreme power of Shri Ram by burning down Lanka. After successful accomplishment of all tasks, he returns back to Shri Ram with good news. For Shri Ram, he is always the devoted servant and puts himself at the feet of Shri Ram. Humility is the greatest ornament of an intellect and both Shri Ram and Hanuman shine with that virtue, thus being the best of God and devotee.

For all such beautiful insights, the recitation of Sundar Kand is considered very auspicious. It helps ward off all evils and bestows health, happiness, peace and prosperity. The recitation of Sundar Kand can be done any time in the morning or evening. It keeps away all negative energies and wards of bad dreams, danger and ill health. It helps one attain their desired wishes. It teaches us that one can win over any difficult situation, if one decides to do so with faith in God and belief in self.