When the time to attack Lanka comes near, all the Vanar army was awaiting Shri Ram’s command to attack Lanka. But as a true warrior Shri Ram never desired bloodshed as he believed his duty was to protect than kill. Shri Ram decides to send a messenger to Ravan for peace that if he would return back Mata Sita with due honour, then there wouldn’t be any destruction of Ravan’s clan. Sugriv suggests that they send Hanuman. But Shri Ram prefers to send Angad. The reason was that Shri Ram he did not want the enemy camp to think that they only had one warrior Hanuman and also for the reason that Angad was capable due to many of his personal traits. 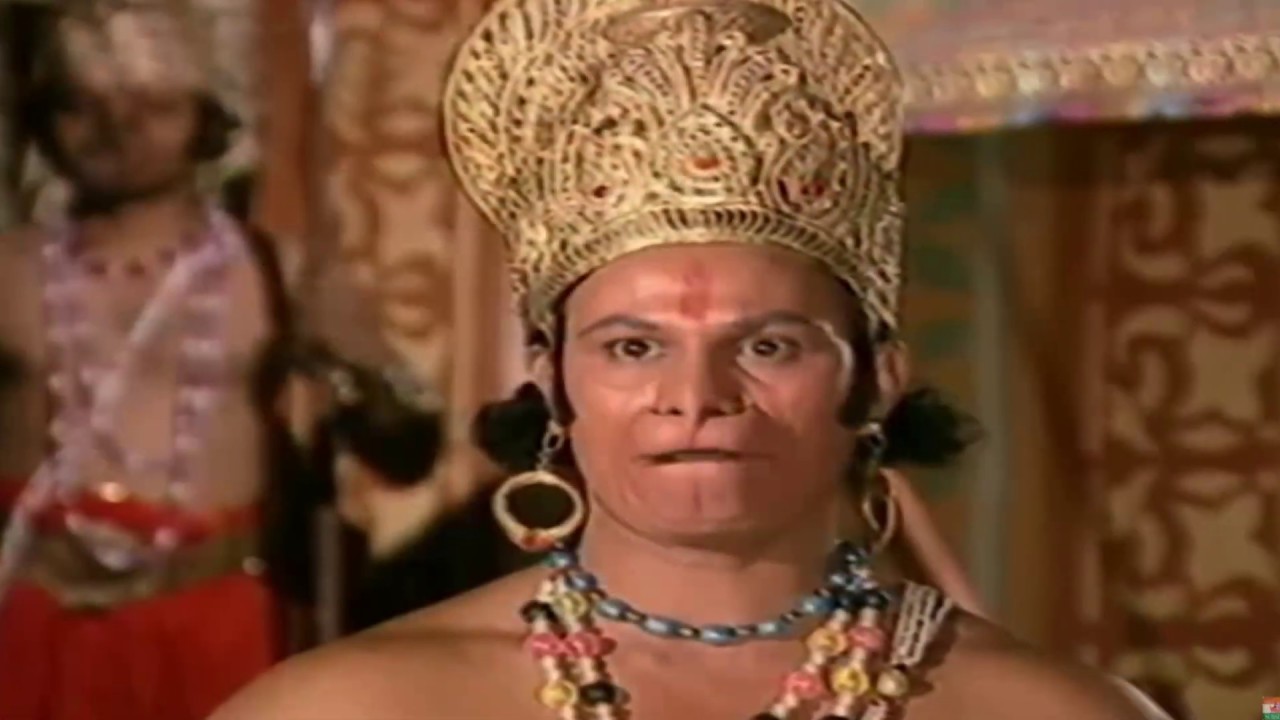 While representing the strength of his own army Angad had the crucial task of making Ravan listen to him with attention. Angad had to let know Ravan that war was an option, but not a choice and if he returned Mata Sita, then Shri Ram would forgive him. The qualities which reflected in Angad made him a tactful messenger.

Humility and Honour – Angad followed all the manners and courtesy while presenting himself in Ravan’s court. Instead of boasting of his own strength, he introduced himself as the son of Bali and the devotee of Shri Ram with humility. But at the same time, Angad was firm in letting Ravan know that he had come to advise Ravan on behalf of Shri Ram that his peace treaty was not out fear, but Shri Ram’s compassion for all. Angad displayed his stand of self-respect when he was not offered a seat on which he made himself a higher seat with his tail than Ravan’s throne and sat upon it regaining his own and Shri Ram’s honour too.

Persuasion – Angad tries to persuade Ravan, not out of fear, but with wisdom. Angad knew that Ravan would deny his words of wisdom, and hence instead of preaching him, warns Ravan that none of his boons and power would come to his help when Ravan himself was doing an unrighteous act. He mentions to Ravan that a true warrior fights for Dharma just as Shri Ram and there was no greatness in Ravan’s power which succumbed to the lust of women.

Patient listening – Angad not only talks to Ravan, but also listens to him patiently as a messenger should do so to assess the thinking strategy of the enemy. Although Angad was furious about Ravan’s derogatory comments on Shri Ram, he listens to what all Ravan had to say with patience. Only, after Ravan finishes talking, Angad retorts back to all the comments tactfully and show that Ravan has nothing but false pride and ego which made him talk less about Shri Ram.

Display of power – Although it is not the duty of the messenger to display his power, but when the enemy insults his master, Angad does not keep quite too. Angad challenges all the warriors in Ravan’ s court to try to move his leg, in which of anyone succeeded, then Shri Ram would move away without taking back Mata Sita. With this, Angad displays not only his strength but the might of Shri Ram and the entire Vanar army, and also assesses the strength of Ravan’s warriors which gets easily defeated by Angad. By giving one day time to Ravan, Angad sets the final finale of proving himself a worthy messenger of Shri Ram, fulfilling all traits of messenger.