It is quite important in our culture that while acquiring a property, or performing a ritual, ceremony or festivity, the first important thing we keep in mind and view in what direction should we be seated, in what direction should the rituals be performed, in what direction should the house or gate face and many more as we all believe following the right direction brings us prosperity, peace, health and success in the family. This tradition is been followed since millions of years in our Sanatana Dharma in all aspects of our life. The Ashtadikpalas or the guardians of the Eight Directions are offered salutations and invoked before any rituals and worshipped according to their importance in various rituals and customs. 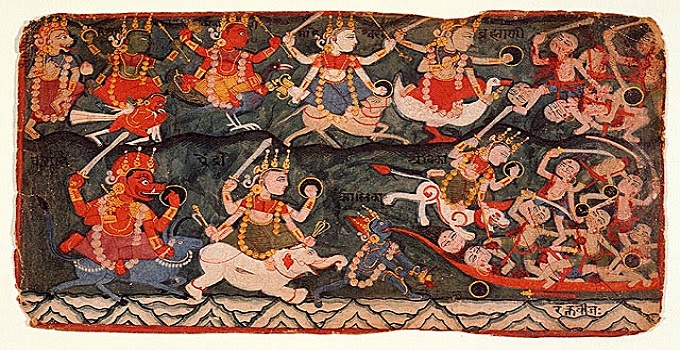 Indra, the King of the celestials is the guardian of the East. He is the God of Rain and thunder and is depicted seated on his white elephant Iravat. He holds his weapon Vajra, the thunderbolt which strikes thunder and gives us rain needed for sustenance of mankind. Varun, the Water god represents the West direction. He is seen on a crocodile going in the seas. He is the King of Seas. He holds the Paasa (noose) as his weapon and punishes those who do not repentance of their sins.

Kuber, the god of Wealth is the ruler of the North direction. He is the giver of wealth and riches. He is picturised as an overweight celestial being carried by man, symbolising that man always has the burden of unwanted weight of materialistic wealth.

The life taker, Yama rules the Southern direction. He is the representation of fire and all rituals associated with him are done positioned in the Southern area. Hence, it is advised never to put our head in the South direction while sleeping. He is depicted tiding a bull, with a Paasha in his hand.

The South Eastern direction is guarded over by Agni, the fire God. Agni is the means of all our rituals reaching God though the sacrificial fire in which we offer our ablutions. He rides a Ram and is represented with a pot shaped stomach.

The Goddess Niaritti rules the South Western Direction. She is a goddess of poverty and black in colour. Hence we avoid wearing black clothers, especially during auspicious and festive occasions. She is always to be kept far away and any ritual which is not done with hygiene and proper care gets attracted to her.

Vayu, the Wind God, guards the North West direction. He rides a stag and holds a waving flag which is the representation of breath and life in the mortal world. Eesany is the North East direction and is ruled by Bhagwan Shiv. The direction represents Knowledge and prosperity and is considered the most auspicious direction of all. Riding Nandi and holding a trishul in his hand, Bhagwan Shiv bestows all happiness when the rituals are done in accordance with this direction. 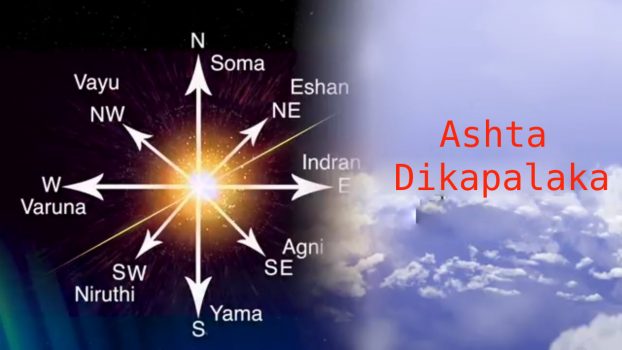 With so much of importance and significance of the Astadikpalas, any ritual in our Hindu culture is first initiated with the worship of the eight directions, taking their blessings and conducting the rituals in accordance with their favour an blessings.

Tags: Ashtadikpalas, King of the celestials