The war of Lanka was one of the terrific war which was fought for the cause of Dharma. There were many obstacles to overcome with the demonic forces and Shri Ram had only his will power and belief in Dharma as his prime weapons. 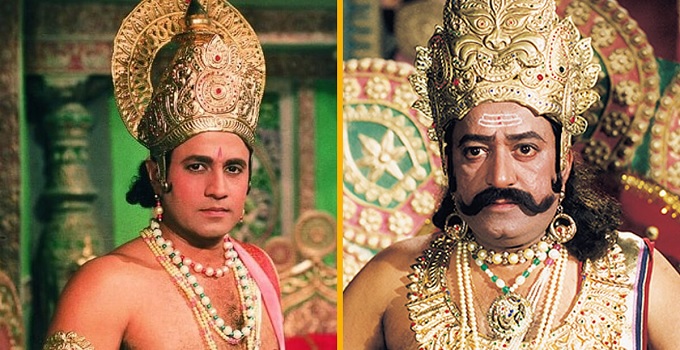 When the final battle of Shri Ram and Ravan starts, all the celestials come to witness the great battle and wonder how Shri Ram would with no powers, miracles and even a proper chariot win over the war with Ravan. Fighting Ravan was no easy task and Shri Ram required all the positive energy he could get. Although he was feeling tired, Shri Ram doesn’t give up and keeps his fight going on with Ravan.

The great revered Rishi Agastya who was witnessing the war through his yogic power understands that he has an important task to help Shri Ram win over in the final frontier of war. He appears in front of Shri Ram and mentions that he would now teach Shri Ram the mantra through which he could get energy and conquer all the enemies in the battle. He asks Shri Ram to recite the Aditya Hrdayam and worship the Sun God who is the life source of positive energy for the entire Universe.

Agastya then duly teaches Shri Ram the Aditya Hrdayam which is the chant giving energy and power to the one who recites it. The Sun God is the one who gives light to the whole worlds and is equal to the Brahma, Shiv and Vishnu. Rishi Agastya signifies the importance of Sun god by depicting him as the provider of rains, and the marker of the day and night. Riding on seven horses, he disperses darkness and infuses life in each and every being of the universe.

Rishi Agastya mentions to Shri Ram that by reciting this mantra, he would be able to kill Ravan at the very moment of war and be victorious in the battle. Thus saying, Rishi Agastya teaches the mantra and leaves the battlefield. Shri Ram recites the mantra thrice as told by his guru and gets renewed with extra ordinary energy and power. All his fatigue vanishes and he feels completely energised. With renewed energy, confidence and faith, he stands up to kill Ravan great rejoice.

The Aditya Hrdayam is one of the most positive chants especially during these tough times and very helpful in our present living conditions. The reciting of the mantra provides us

energy both physically and mentally, and improves our immunity system and health. The sun rays are excellent providers of Vitamin D and facing the sun in the morning hours and reciting the mantra will boost the health and immunity too. The mantras have healing powers when recited with devotion and faith. It was with this very sacred chant that Shri Ram renewed with high energy and power fights Ravan and wins over him. Reciting Aditya Hrdayam is lot beneficial for the positivity and health of one’s mind, body and home and gives many healing powers when chanted with faith.