A warrior when fighting for the cause of Dharma, does not care for his life, instead he puts his life at stake and fights for the cause. He is fearless, courageous and confident, no matter whatever obstacle stands in front of him. Right from crossing the hundred yojanas Ocean to the sorcery fight with Indrajeet, Shri Ram along with his mighty army faces all obstacles courageously and achieves success in vanquishing the evil demons. In Lanka, Ravan is left alone as its final defender. Listening to the lamentations of the female folk of Lanka, Ravan goes into deep thoughts of grief, nevertheless, prepares for battle. 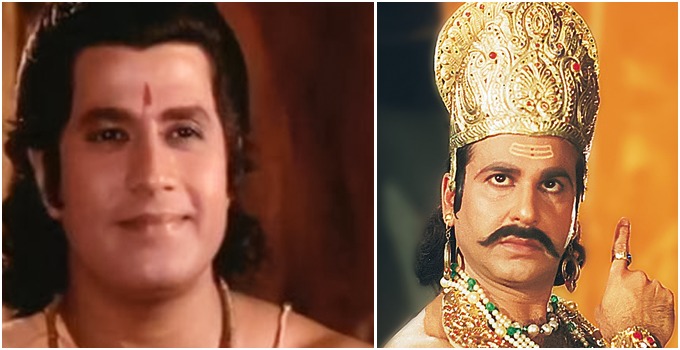 Ravan mounts a chariot equal to the speed of wind, adorned with spikes of great power and swiftness. The chariot has all kinds of weaponry and missiles which were at the behest and call of Ravan. The chariot was pulled by eight great horses which looked like four huge mountains, ready to crush whoever comes on the way with their hoofs. With an excellent charioteer who knew all the skills to ride the chariot in all circumstances, Ravan leaves to the battlefield looking as the demon Rahu who is ready to engulf the moon. The chariot set out in speed as if it was going to crack the earth with its strength.

Shri Ram takes his bow and arrows and with a great twang of his bow, raises the energy of his army. He declares to his mighty Vanar army that they would witness his actual prowess in the battlefield in final fight with Ravan. Shri Ram along with the company of Lakshman, Sugriv, Vibhishan, Hanuman and others sets out to confront Ravan. But Vibhishan who sees Shri Ram walking barefoot to the battlefield along with his companions gets worried. Vibhishan who was well versed with the weaponry and facilities Ravan had for the war, gets pretty disturbed that Shri Ram does not have a chariot to ride for the battle. He gets perturbed that it would not be a fair fight where Ravan fights from a chariot and Shri Ram is on the ground. With dejection and doubt, Vibhishan mentions the same to Shri Ram and wonders how would he conquer a great warrior like Ravan even without having a chariot nor an armour to cover his body.

Shri Ram smiles with enchanting confidence and mentions the true chariot on which a warrior would achieve success. He assures Vibhishan that the chariot which leads to success is quite a different one. Valour and courage being the wheels of the chariot, truthfulness and good conduct are its banner and staff. The four horses which drive the chariot are strength, will power, self-control and benevolence which have been joined together with chords of forgiveness, compassion and stable mind. Faith in God is the rider which rides the chariot, which leads to success. 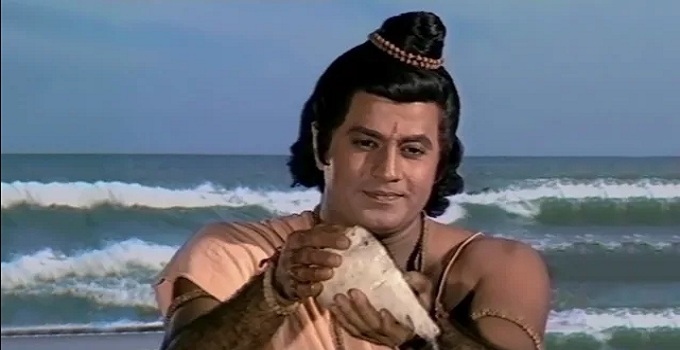 Shri Ram mentions the true armour of a warrior is calmness and contentment is the sword. The great weapons the warrior yields are charity as the axe, reason as the spear and wisdom as the great bow. The pure mind is the quiver and self-discipline and spiritual adherences are the arrows. Shri Ram mentions finally that with prayers, belief and faith in God, the warrior who is in possession of such chariot and weapons can conquer an invincible enemy. Vibhishan’s heart fills with happiness and he humbly bows to the lotus feet of Shri Ram for having enlightened him about the true secret of success.