Once the Gods in the heavens were discussing as to who were the most powerful devotees and started boasting about their own devotion and worship to Bhagwan Vishnu. Shri Krishna who was in Vrindavan came to know about this and decided to let them know the nature of true devotion and love. He lays on the bed and started shouting that he suddenly developed immense headache. He started wriggling in pain and none of them understood what to do and word spread like wild fire that Shri Krishna was in pain. 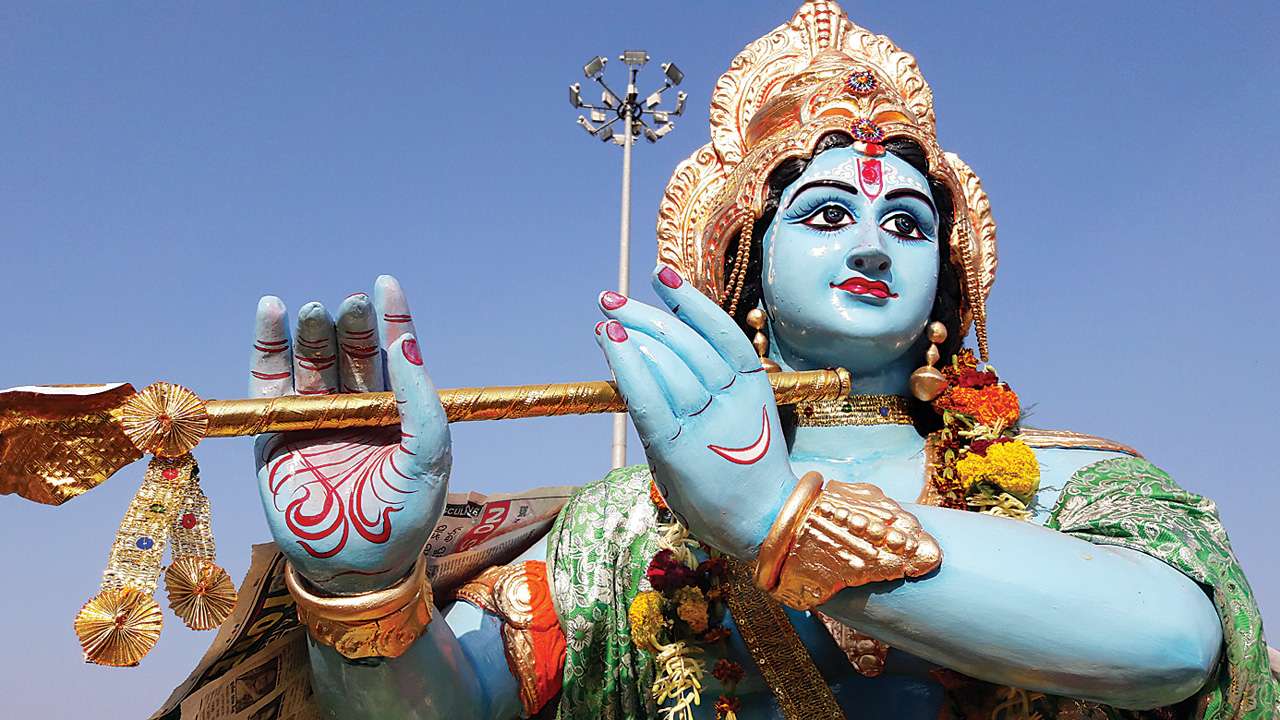 Then Rishi Narad went to the Gopis who were on the banks of River Yamuna doing their regular work. Rishi Narad came frantically to them and said that Shri Krishna was suffering from an acute headache, all got worried terribly. They asked Rishi Narad what could be the cure and Rishi Narad said that it could be cured on with the sand available on the banks of River Yamuna which needed to be applied to his head with one’s feet. But, as they would touch their feet of the Almighty, they needed to suffer for that sin in hell for a thousand years.

Listening to this, all the Gopis immediately rush into the river and wet their feet in the water and come to the shore and start rubbing their feet in the sand as much as possible. Rishi Narad was surprised at their behaviour and asked the reason for the same. The Gopis replied, that sand would get stuck more to wet feet and give even more quick relief to Shri Krishna and hence they were making their feet wet for more sand to stick to their feet. Then Rishi Narad asked them whether they were ready to undergo punishment in hell for the same as per the solution.

The Gopis with great devotion answer that they were ready to undergo punishment for the whole lifetime if they could cure the headache of Shri Krishna and relive him of his pain. All the celestials watching this were awestruck with their sincere love and devotion for Shri Krishna where they did not bother about themselves and got ready to undergo the pain in hell. Then, Shri Krishna appears in front of them and mentions to the Devas that their devotion was out of fear towards him and thus they could not think selflessly. But the Gopis loved Shri Krishna sincerely and thus did not fear their deeds if it bought happiness and relief to Shri Krishna. And that was was true devotion. It is at that time that the Devas understand that true devotion makes one love God, but not fear him or any pain to attain his blessings. Thus, Shri Krishna proves to the entire world the pure love of the Gopis devotion towards him.