Friendship is one quality which stands all tests of time and remains strong. In today’s world, a person is put to so many tests of judgement through his looks, mannerisms, language, region and many more to be friend, but what really matters is only his virtues. In any time or situation, this remains the same which is beautifully depicted by Shri Ram in making friends.

When it comes to the high and low demarcations of the society, Shri Ram followed none. Shri Ram’s greatest virtue was his compassion for his fellow beings. Even though he was in Ayodhya as the son of the great emperor Maharaj Dasarath, he never forgot his childhood friend Nishad Raj Guh of Gurukul Ashram. It is so natural in these days, that one forgets childhood friends immersed in the fast life lane. But, Shri Ram teaches that a true friend ever forgets. Both Shri Ram and Nishad Raj were busy with their own lives, but never forgot each other. Even after they met after a long time, Shri Ram did not show any authority of being an emperor’s son nor did Nishad Raj treat Shri Ram as a friend who lost everything and was banished to exile. The friendship of Shri Ram and Nishad Raj Guh proves that inequality is a wall created by selfish people for their own means and true friends never pay heed to it.

Jatayu was a vulture who devoured flesh, but for Shri Ram, he was his friend, father figure and a protector. Being a powerful warrior, Shri Ram need not have a protection of an old bird that is carnivorous in nature, but Shri Ram gives respect to the protection offered by Jatayu in Panchavati and mentions to him that he reminds him of being with his father. This respect made Jatayu sacrifice his life for Shri Ram, but not without doing his duty. Although in pain, Jatayu holds his breath till he mentions to Shri Ram and Lakshman that Mata Sita was abducted by Ravan and then leaves his life in the arms of his friend. This unique friendship has become an everlasting benchmark of friendship of two different identities becoming life lasting friends

Both being banished from their kingdoms, yet the friendship of Shri Ram and Sugriv has neither conditions nor any political treaties, but it was only trust and faith in each other. Sugriv was a monkey who had no kingdom, army nor riches. But Shri Ram chose him as his friend as Sugriv was righteous and Dharma was on his side. Sugriv makes a promise that he would see Shri Ram back together Mata Sita and fulfils his promise by becoming Shri Ram’s strength in fighting Ravan. Shri Ram and Sugriv prove that friendship can be good even when two belong to different classes too. 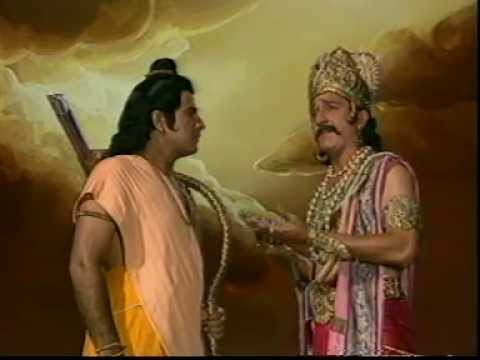 Vibhishan belonged to the demon clan and the brother of the enemy’s camp, but that was never the barrier for a friendship to nurture between Shri Ram and Vibhishan. Shri Ram clears all the apprehensions of friendship when he trusts in Vibhishan completely. Shri Ram does not judge Vibhishan on the basis of his clan, but welcomed him as a person who stood for Dharma.

Shri Ram’s never judged people as suitable for his friendship or not, but he only nurtured friendship as a quality and spread it as a virtue, and that’s what makes him a special friend in all times.